After getting a reasonable nights sleep we arise to travel to Pula and Rovinj. Pula, a seafront city on the tip of Croatia’s Istrian Peninsula, is known for its protected harbor, long, beach-lined coast and Roman ruins. Founded as early as the 10th century B.C.E. and valued for its strategic location, Pula has been occupied, destroyed and rebuilt numerous times, including by the Romans, Ostrogoths and Venetians, as well as the Allied Forces during WW2.

The Romans built a major settlement there with a road to Rome running past Pula’s amphitheatre part of which remains today. Although not as complete as the amphitheatre in Rome or Verona it is still interesting to visit. It is slightly different but the same principle as Rome. The basement has disappeared but with restoration a museum has been created where once gladiators gathered and wild animals were stored ready for the fights. Amphora and oil presses now replace the other. 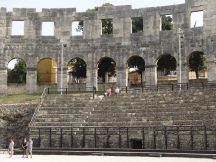 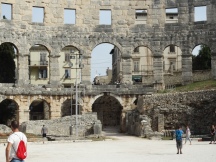 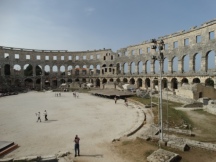 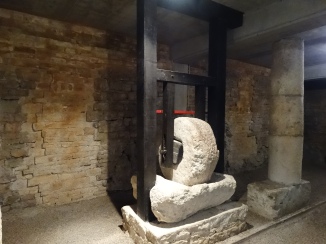 We then took a tour of the old city of Pula seeing the remains of the Roman gates, the sculpture of James Joyce, some mosaic floor tiles from the Roman period, the temple of Augustus, and the town hall built with part from the wall from the temple of Diana. The streets were in some places narrow and lanes ran off to climb the hill to the peak over which the Romans built their city. Inevitably there is an old church and this one was connected to a Baptistery. The Baptistery is gone but its bell tower remains.

The Croatians have been under the subjugation of a number of empires and countries but they only regained their independence after the Second World War and the dissolution of Yugoslavia. A monument to those who brought independence looks over the harbour that brought so many invaders. 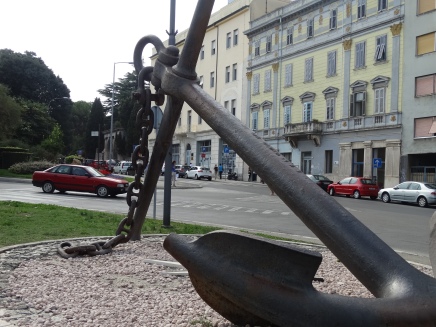 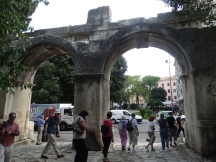 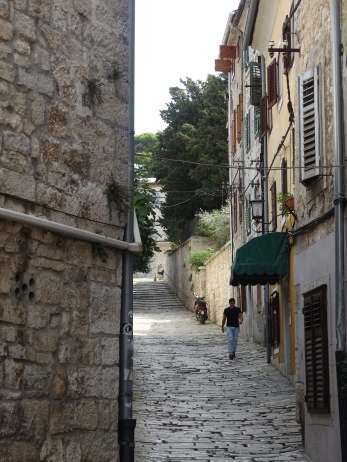 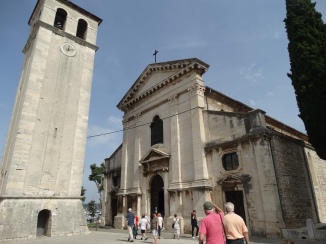 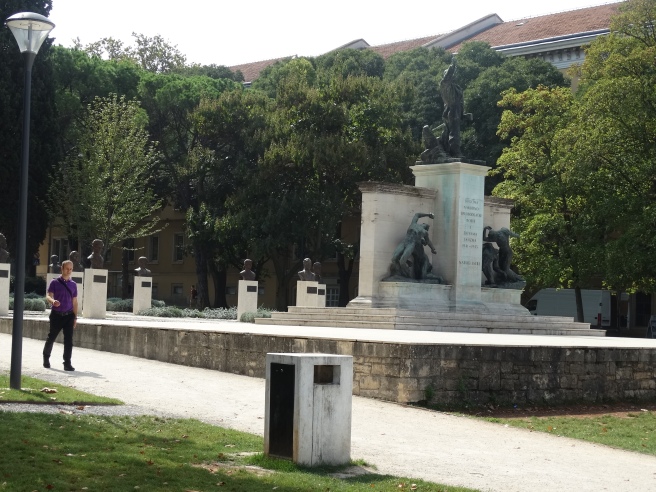 We then travelled to Rovinj on the way to the border with Slovenia. Rovinj/Rovigno is a city located on the western coast of the Istrian peninsula, it is a popular tourist resort and an active fishing port. Istriot, a Romance language once widely spoken in this part of Istria, is still spoken by some of the residents. The town is officially bilingual, Italian and Croatian, hence both town names are official and equal.

The area of the old city is on an island that has over time been connected to the mainland so you get lanes leading to the sea and harbours surrounding it on three sides. We decided not to go on the tour but find things for ourselves. First stop was the market where I could not resist buying some fabulous looking figs but figs are like a weed here – everywhere you turn there is a fig tree. So it was a bit like carrying coal to Newcastle. There was the usual church on the top of the hill in the centre of the old town. It has a bell tower which you can climb for 20 Kuna and a stout heart. The old wooden stairs, 180 of them, threaten to collapse with every footstep. But the view from above is worth the heart stopping climb. 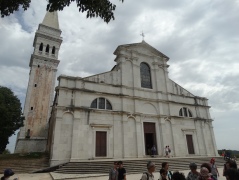 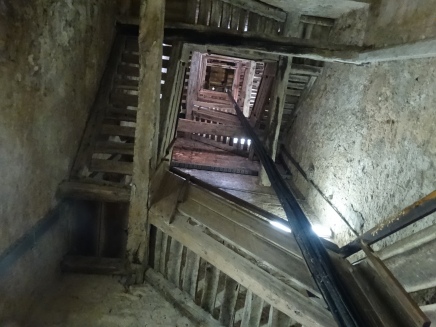 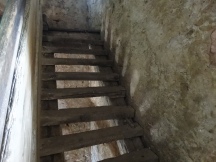 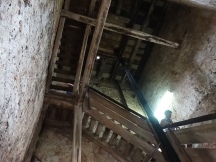 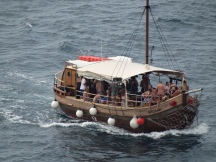 We then walked down through the town clearly still a place for the living. It was hot and humid very much like Brisbane so when we saw a pizza restaurant with some satisfied customers enjoying pizza outside of the restaurant, we had to stop. The satisfied customers turned out to be John Stefanic, his wife and sister. John is a first generation Aussie catching up on his Croat heritage. So some lunch at Harlekin a chat with John and 1/2 a litre of wine and we were ready for the rest of the trip. 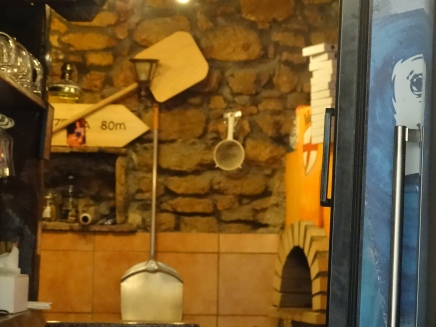 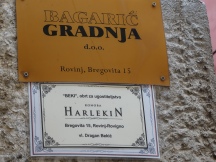 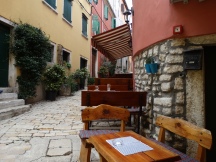 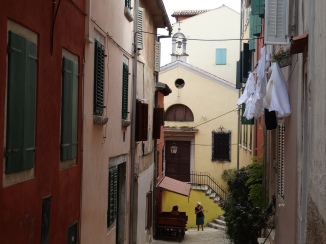 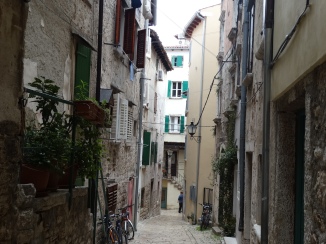 Strolling down to the harbour we made our way round to the bus pickup through the old city gate. Again there was a modern memorial to the heroes creating the modern Croatia. The bus trip back was via the freeway and threw the new 5 kilometre tunnel through Mount Ukca. 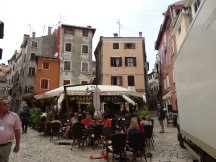