An hour in the gym and then Kerry wanted to get off at the next stop – that’s now! Shower, dress for the snow (still – 10 degrees but now the wind is gusting to 20 knots) and out into the wilds of Vadso. Not heard of it? Vadsø is a municipality in Finnmark county, Norway. The administrative centre of the municipality is the town of Vadsø, which is also the administrative centre of Finnmark county. Apart from a memorial (which was covered in snow and we could not see it) and a fort which was treacherous due to wind and ice there was not much to see. 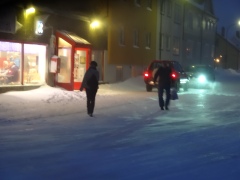 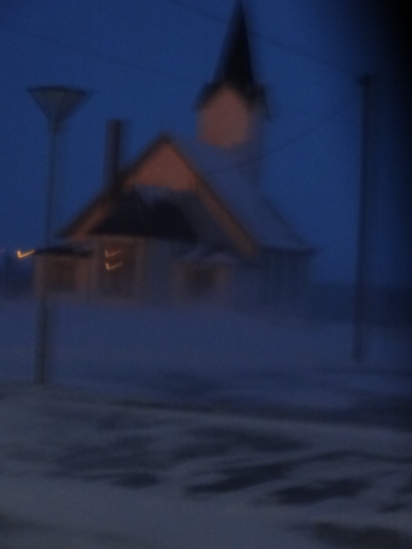 Back to the boat share an orange whilst the ship leaves port.

After dinner they show a DVD on Pomor trading which showed that Vadso was the most important centre in this trade with the Russians from around the White Sea. The Russians were traditional orthodox and were being persecuted by the new order in Moscow. So they commenced trade with the Norwegians to buy fish which helped the Norwegians who were very poor.

Pomor trade, is the trade carried out between the Pomors of Northwest Russia and the people along the coast of Northern Norway, as far south as Bodø. The trade went on from 1740 and until the Russian revolution in 1917.

The pomor trade began as a barter trade between people in the area, trading grain products from Russia with fish from North Norway as the main trade. With time it developed into a regular trade against money: in fact the ruble was used as currency in several places in North Norway. The pomor trade was of major importance both to Russians and Norwegians. The trade was carried out by Russian pomors from the White Sea area and the Kola peninsula who came sailing to settlements and places of trade along the coast of North Norway. The pomors were skilled traders and sailors, and they did also explore the areas around the White sea. In addition to their trade westwards, they established a trade route east across the Ural mountains to North Siberia.

Bloody shame they did not show this before we arrived at Vadso.

Off to bed. I am buggered but just able to finish my book before tumbling into sleep. A disturbance during the night woke me at 1.30am. Out of one eye I saw Kerry go out the door – meeting her boyfriend? No the northern lights – Kerry is off for some photos and I fall straight back to sleep. 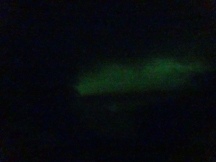 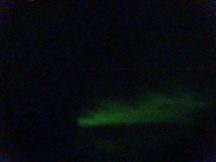