We have been lying low and recovering from our trip to the Lakes District but now look forward to our 7 days in Croatia. As we fly out on Wednesday morning from Heathrow at 8.00am, we have booked into a hotel at Hayes outside of London near Uxbridge. On the way down to London, we called into Oxford to reminisce about our visit to Oxford with Rod and Kerry Hayes and to see some more of the exhibits at the Ashmolean Museum. This is Britain’s first dedicated museum and it is fascinating. Certain things really caught my eye this time. One exhibit on the making of violins and stringed instruments down the centuries was so absorbing once again I ran out of time.

After a bite of lunch we walked down to Christ Church College through the garden and around to Merton and Corpus Christi up Magpie Lane over to the Bodleian Library and Brasenose College then into Broad St past Baliol College and to bus stop 2 to go back to Pear Tree Park and Ride then on to Heathrow. 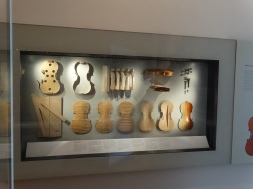 We stayed overnight at the Mercure Hotel at Hayes near terminal 5 at Heathrow. This gives us the ability to be at the terminal for our 8.10am departure. However even an early flight from Heathrow can be delayed and we don’t get away till 9.00am meaning we arrived at Zagreb in Croatia at 11.00am.

An Education at Oxford – the Second Day

Our second day in Oxford. The B&B was comfortable (The Conifers) and the breakfast was good. The sun was shining and Oxford was waiting for us. We parked our cars at the Peach Tree Park and Ride and caught the bus into town. One pound for 24 hours parking and our 24 hour ticket from yesterday could be used until 12 noon today. The public transport is truly easily accessible.

The Oxford Visitors Information Office provides (for One pound 50p) a visitor’s guide which is a good investment. Inside is the information on the main colleges and a self – guided walking tour. With the benefit of our knowledge gained the previous day we elected to follow the self – guided tour. But before that we visited England’s first public museum the Ashmolean Museum of Art and Archaeology, cnr. Beaumont and St Giles St opposite that old Morse drinking hole the Randolph Hotel.

Founded in 1683, there is no entrance fee to a museum of wonders. Sure there is the usual Greek and Roman antiquities sprawling across the gallery on the ground floor (many of which were donated by Lord Arundel a person who may have some special interest to me but I may say more about that in the future if research supports myth), but the museum has created a path for you to explore the different civilisations with examples of life for ordinary people as well as the Rulers/Gods. We set ourselves a time limit and I had not got off the ground floor within the time set and there are 4 floors. The most dramatic was an image of a boy mummy from one of the Egyptian periods created from a CT scan and laid on 133 glass sheets so that when you looked at the glass sheets you saw the mummified remains in full and side on all you saw was the edge of the glass panels. My photo did not do it justice but I have included others I found interesting. Kerry meanwhile visited the English Embroideries Trail. Before photography there was embroidery. Just as the Bayeux Tapestry recorded the events leading up to and William’s victory over Harold, there are tapestries of both religious romantic ideas and other works on display. Kerry also ran out of time.

We reconvened at the coffee shop after which we started our walking tour in Cornmarket St where we found Oxford’s oldest surviving building a stone Saxon Tower being part of St Michael’s Church. It was part of city walls and is over 1,000 years old. You can climb to the top of the tower for a fee and on the way up you can see the old door to the goal which imprisoned some religious heretics (Queen Mary trying to restore Catholicism to England had these three gentlemen burnt at the stake in Broad St) and the bells of the tower. On the roof you get very good views over the city – there are no high rise in Oxford.

Unlike yesterday we then continued down Cornmarket into St Aldates and passed Christ Church College entrance on the way to Christ Church Meadow and the Broad Walk to the river. We were supposed to find the shop where Alice Liddell (Alice in Wonderland) bought her sweets but all I could find was a Curry shop. How things change. I wonder if Lewis Carroll would have had Alice drop in for a curry.

We strolled down the meadow lane passed the visitors entrance to Christs Church (7 pounds 50p entrance fee). Across the fields we could see Corpus Christi and Merton Colleges until we reached the river (the Cherwell I presume). We emerged in front of Magdalen College decorated in some unique grotesques and saw that there was a punt ride available under the bridge across the river. We chose a chauffeured half hour cruise for twenty five pound and glided quietly (well we were quiet but the kids at play in the school yards adjoining the river were not) along the river. Our chauffeur was a female student from Brighton having just completed her degree in anthropology and working part time during the term break until she could pick up a job in her chosen profession – event management would you believe!

We left the river to walk along the High St past St Edmund College and into Queens Lane and into New College Lane past Edmund Halley’s house (you know Halley’s comet), under the Bridge of Sighs and into Catte St. Here we diverged from the walk and passed All Souls College, around Radcliffe Camera, to the door of Brasenose College (and this time I got a photo of the nose) and into the Bodleian then back to St Mary the Virgin and down that passage across the High Street into Alfred St and down to the Bear for a well – earned drink. There was another reason to lead Rod and Kerry to this pub and that is the quirk for which it is famous or infamous. The walls and ceiling of the hotel are bedecked with the ends of gentlemen’s ties. A former publican collected different ends of ties by shearing the end of the ties of his customers off and displaying it on the hotel walls.

Time was getting away and we needed to be in Cambridge (or more precisely Saffron Waldron just outside of Cambridge and closer to Stansted Airport). So after a pint and a Pimms we set sail for Cambridge. By the way they made the Pimms identically to the Turf. That and the fact that the name of the same hotel group was on the wall confirmed that the dispute about the oldest pub was in the hands of the same owner. 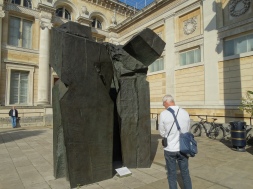 Ah here it is Ashmolean Museum 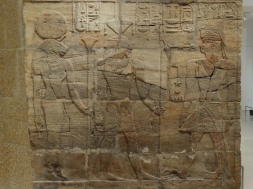 Oxford from the Tower

Oxford from the Saxon tower 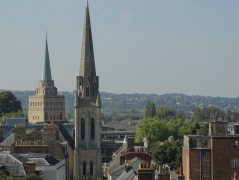 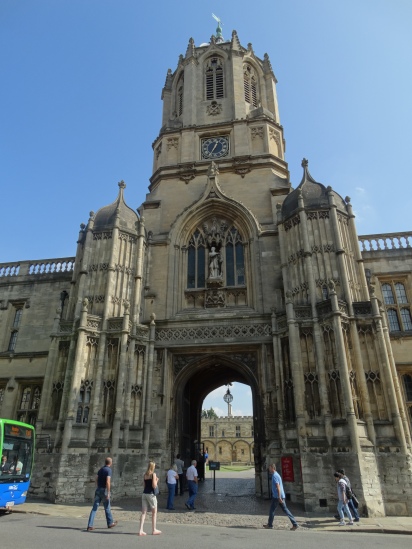 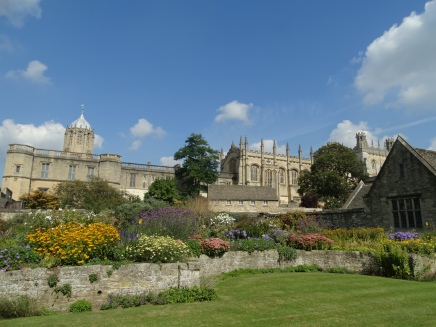 View from the walk along the College to the River

evidence of the age of the college

the flowers are always lovely 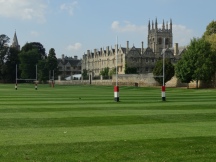 Merton College from the River

A job not for the feint hearted 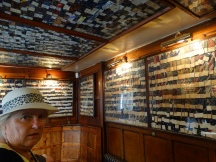 the Bear and some of its Ties