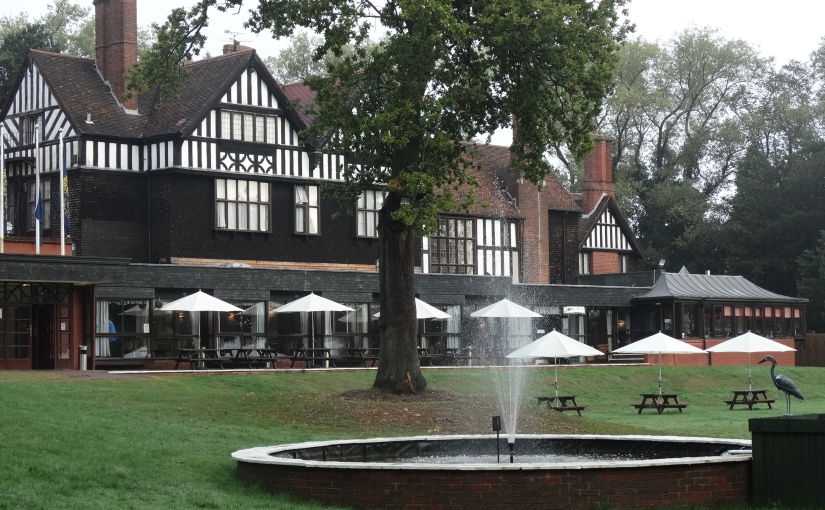 We have just returned from Germany and have one day to finishing packing clean the flat say our farewells to our neighbours and move out to the Novotel Long Eaton for the night. Then we have to ready ourselves for Monday when we travel to Nottingham and catch a bus tour to the Cotswolds. We managed to accomplish all our preparation and spent the afternoon in front of the TV.

The next morning, Monday, was raining and grey. Not good. Then our cab did not arrive and to make matters worse when we contacted the base they told us he was just around the corner delayed by an accident. It was bullshit. We ended up driving to the hotel where the bus tour was to base itself for the week and meet the tour bus. In the end the cabbie may have done us a favour giving us more options than the bus tour.

We arrived at the Britannia Royal Court Hotel which is based on the former family home of William Hillman of Hillman cars fame. In 1894 Sir William built Keresley Hall and the family resided in it (8 daughters) until William and his wife died when the hall was sold. Between 1929 and 1968 it became a convalescent hospital after which it became the Royal Court Hotel. 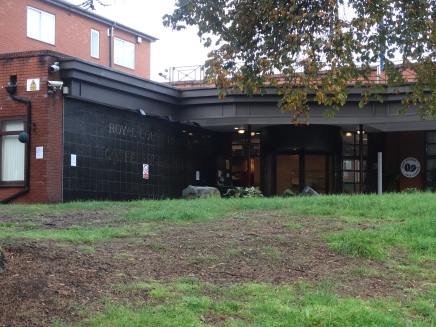 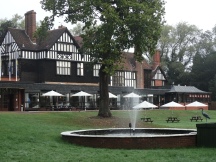 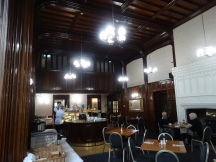 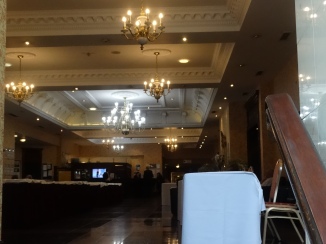 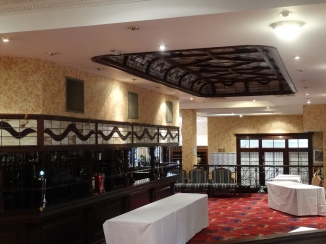 We learned that the tour was visiting Leamington Spa that afternoon so we drove over to see what they were doing. Nothing. Precisely nothing. The bus had dropped them off with free time in the town and then dropped them at the hotel. This was to become a theme in this tour. One advantage we had was that we visited the old town hall and we were given a guided tour of the building just because we asked. Otherwise not much to report about Leamington. 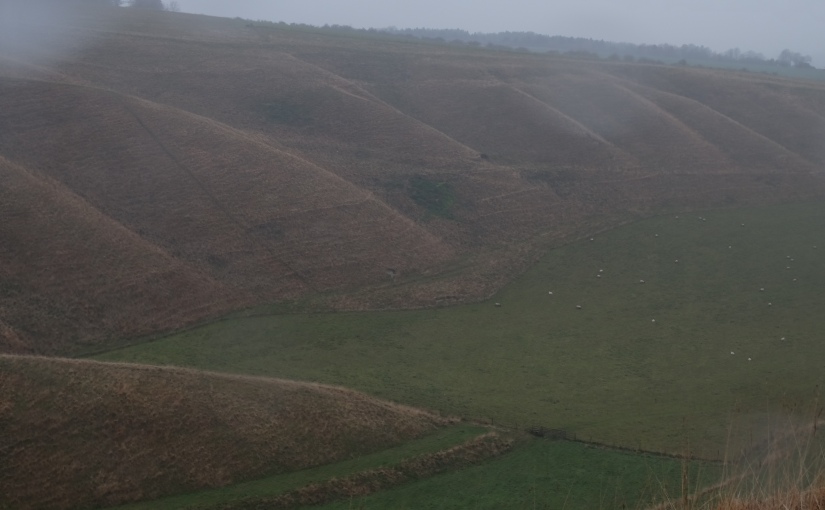 You may recall in my early blogs about Oxford and Cambridge that I had planned to visit the White Horse. Well we were going through Wiltshire on the way to Long Eaton so I thought we should not miss the opportunity. However, I was not aware how many little lanes and rabbit holes we would have to go down to see very little.

There was a cutting chill wind and driven rain coming down as we made our way to the site of the Horse. Finally upon arriving we walked to where we thought it would be only to find that we had walked in the wrong direction. Chilled to the bone we gave up the hunt when it appeared before us on the top of the opposite hill. Clearly it was a summer adventure with a cut lunch and you would climb up to it. Somewhat miffed we returned to Thistle and Kerry commenced to drive down to the entrance road when we spotted a hillock which may give me a picture opportunity at least.

I climbed out of Thistle, slip slided my way up a chalky path past amused black faced sheep and wiping the rain off my face. The top of the knoll did give me the slightest glimpse but after all was said and done the sheep and the valley below were more interesting than the unexplained White Horse. 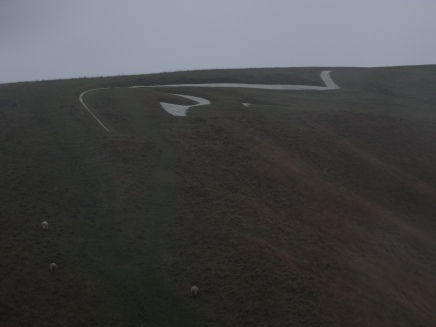 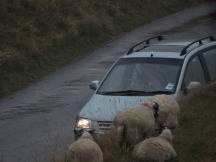 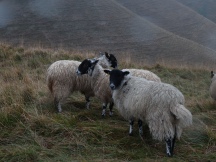 Back in thistle Kerry asks “Where to now”

I reply “I have heard there is a roman amphitheatre in Cerincester and it is on the way home”. So that is what we did. It was still raining when we arrived in Cirecester. Cirencester the largest town in the Cotswold District in east Gloucestershire, England, 93 miles (150 km) west northwest of London. Cirencester lies on the River Churn, a tributary of the River Thames, and is known to be an important early Roman area, along with St. Albans and Colchester, and the town includes evidence of significant roman roadworks.”

Tommy had the amphitheatre recorded as a point of interest and took us directly to a Sainsburys Shopping Centre. Hardly a roman ruin! So with directions from the trolley boy we found the amphitheatre.

It was still raining and the ground soft under foot so we gingerly made our way through the gate and into a field. There appeared to be nothing but some mounded ground to mark where the amphitheatre once stood. Disappointing but there you go so we found a pub for lunch. 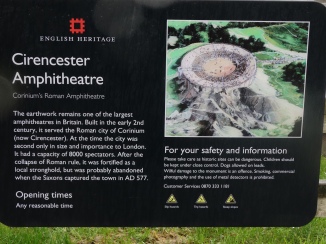 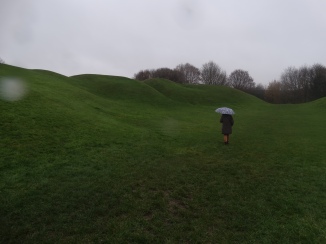 After lunch we planned to go straight home.