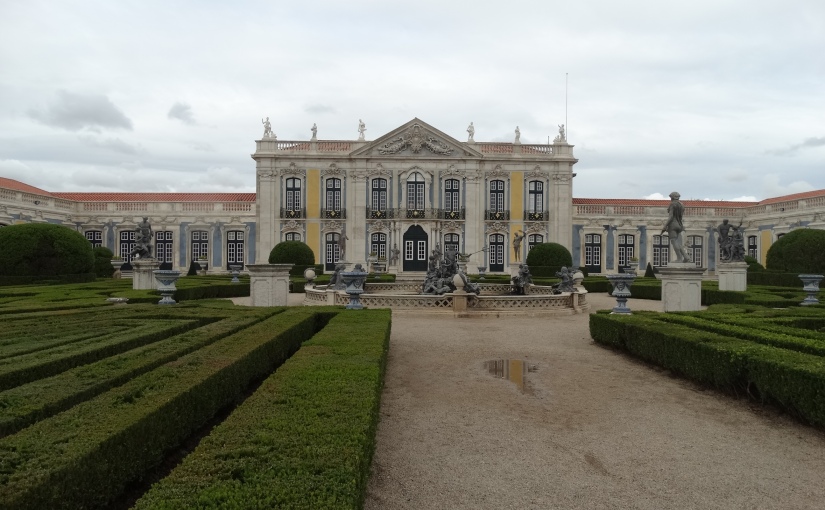 After breakfast we walked down to the Rossio train station (about 45 minutes) as no trams came once again. The queues we very long for tickets to Sintra probably because of the storm damage last week but we queued and bought our ticket to Queluz Belis (on the way to Sintra) to visit the National Palace of Queluz.

We arrived in Belis train station and found our way to the Palace (some 15 minutes walk). From the outside it looked pretty shabby so first impression was disappointing. Inside however was a different matter. Fronting the road is a two story building with a large half circle driveway at one end. In the driveway is a statue of Queen Maria I. To the right hand side of the driveway is the Escola Portuguesa de Arte Equestre, a school to train horses and rider in classics equestrian performances and exercises. Behind the statue and to the left is a further wing of the palace running at 90 degrees to the front wing. This joins the chambers in the centre from which the wing continues until it turns at 90 degrees to form an open ended square in which the formal gardens are set and surrounded by the gardens and canal. On entering the palace you enter the throne room followed by the music room and the chapel. In the chapel they are renovating the organ which is spread across the floor of the chapel. 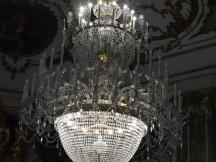 After the chapel there are a series of rooms forming the apartments of the lesser royals. Then follows the Tiles Corridor displaying the Portuguese love of tiled murals and then the royal apartments. After those apartments comes the Hall of the Ambassadors with its two royal plinths so that visiting royalty was at the same level as the Portuguese King and Queen. More apartments follow until you arrive at Dom Quixote room – a room with the allusion that it is circular and bedecked with scenes from Cervantes novel “Dom Quixote”. 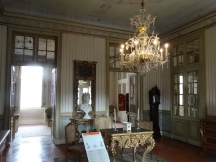 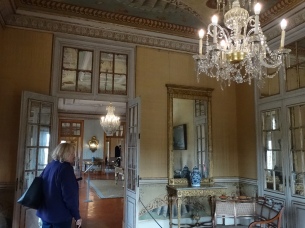 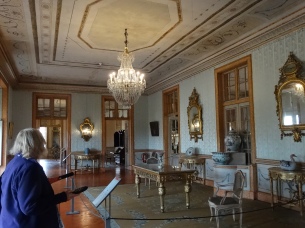 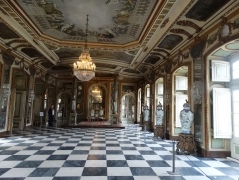 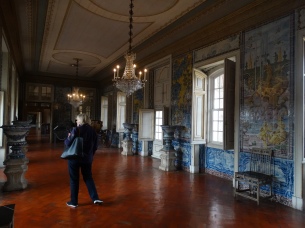 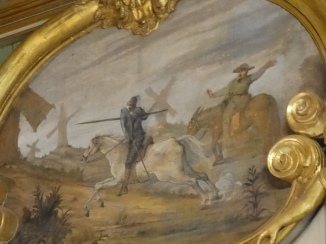 From there we left the palace and made our way to the gardens. It is here that you understand the layout and the beauty of the palace. It is difficult to photograph in any detail due to its sprawling design and depth of the gardens. 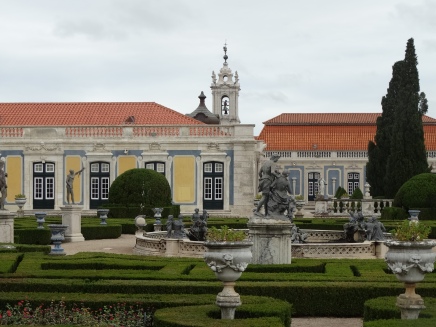 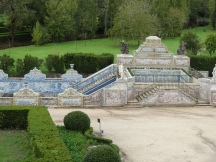 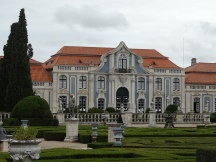 On our way around we stopped to eat our sandwiches (homemade egg sandwiches) and take in a cup of tea. We were soon to walk off this repass as after returning to Lisbon we then walked to the City and the Church of St Dominique (Igreja de Sao Domingos in Portuguese). The church was dedicated in 1241, was once the biggest church in Lisbon, home of the Inquisition in Lisbon and saw Jesuit missionary Gabriel Magagrida executed for treason. It was destroyed by earthquake in 1531 and in 1755 and destroyed by fire in 1959 after which it has been restored with much of the fire damage still in place and visible.

We then decided to ride the number 28 tram to the end to find out where it went. Apparently all but a handful of passengers were doing the same thing so when we reached the terminus the tram was still as chock-a-block as when it started. Everyone was forced to leave the tram and join the queue for the return ride – the queue was 100 metres long. We knew that we could catch a number 12 tram so we joined that queue of 10 to 12 people but when the tram arrived it was full and passed the stop. I convinced Kerry we could walk up the hill and home before any tram came along so we did approximately 1 hour up hill and 700 + stairs. She is resting now so that we can go out tonight.