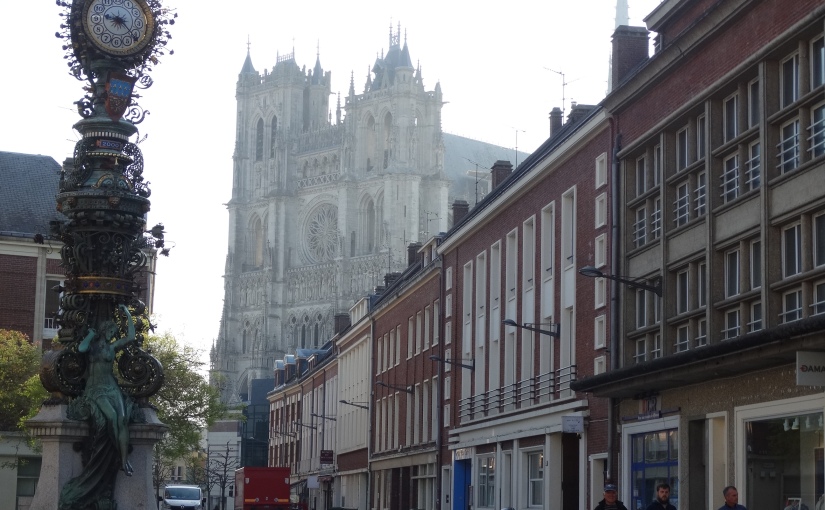 We were met by our hosts Henri and Isobel who invited us to join them for a glass of wine after settling in. We made a quick trip to the ATM for some cash and the Spar for a bottle of wine. In less than 5 minutes we were in sight of the grand Notre Dame Cathedral of Amiens, the restaurants of Rue Belu, the statue in the middle of the canal which some one dressed in a different coloured shirt each day and the water markets. 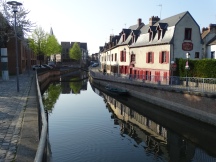 Armed with some cash and a bottle of Bordeaux we joined Henri and Isobel for sparkling wine aperitifs. Very civilised. Henri had adequate English and tried very hard to hold a conversation with us. Kerry made a friend in their Jack Russell terrier “Toupee” which jumped from Isobel’s lap to Kerry’s lap with excitement. It had been a long day so we farewelled our hosts, ate our chicken salad and retired to bed to explore Amiens tomorrow.

The next day good weather continued although Henri had informed us the forecast was for rain. After breakfast we set off early to see where we would catch our bus to the Australian War memorial for the dawn service. The bus departed at 03.15am so it was going to be an early start. Crossing the River Somme we made our way to Boulevard D’Alsace Lorraine which was lined with Australian flags all the way to the train station and the highest modern building in Amiens Tour Perrett. The rail station announced by a large display of WW1 scenes and posters that ANZAC Day was April 25th. We had selected a very centrally located apartment.

Satisfied that we could walk to catch our bus, we then walked down Rue de Noyen (now a Mall) making our way to the Office de Tourisme. In Square St Denis we found the memorial “Aux Picards Martyrs de la Resistance” reminding us that France had been an occupied country during WW2. The square was very pretty and relaxing with spring flowers blooming and the trees covered in new leaves. Someone had smashed a cake on the ground and the pigeons were enjoying morning tea. The Mall continued down Rue Rue des Trois Cailloux. We discovered a small lane through to Jules Verne’s House and Square J du Becquet with views to the Cathedral at one end and to the Palais de Justice on another side of the square. 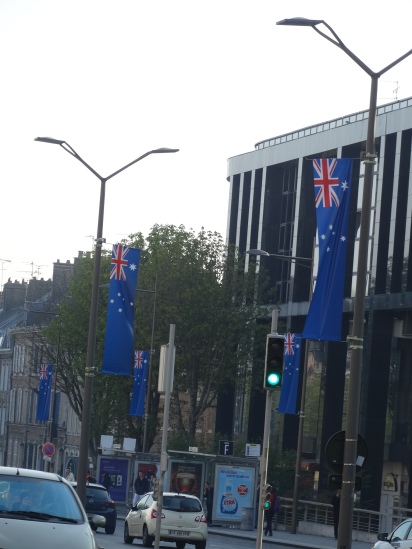 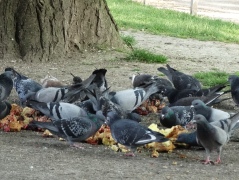 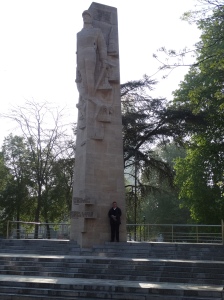 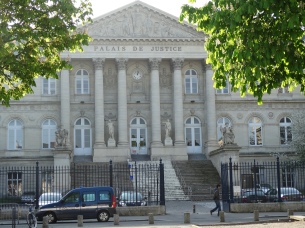 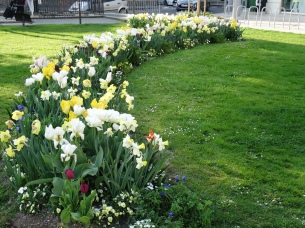 We returned to the Mall and continued the walk down to the Hotel de Ville (Town Hall). The Mall is decorated with fountains and small trees some of which are woven together such that they form a wall of foliage in summer. From Place Gambetta we could see the grand clock through to the Cathedral. We were looking for the Office de Tourisme and the Cathedral was the landmark to find it. We made our way to Place Notre Dame and stood before a gothic cathedral of gigantic proportion. It seemed taller than most we had seen (Henri claimed it to be the tallest in France) but its body seemed truncated. The exterior is being cleaned to remove the grime of the city and the interior was also receiving some attention.

The façade is a decorated with statuary of all kind and the door arches are emblazoned with carvings and grotesques. Inside I can believe that it may be the tallest interior in France. Here lie the graves of many important Amienites and the memorials to the soldiers and countries liberating Amiens. They cannot thank Australia enough for its sacrifices in two world wars. 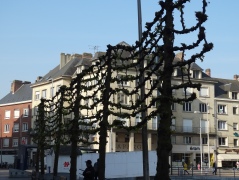 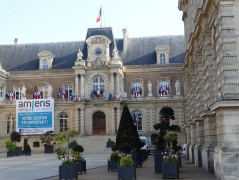 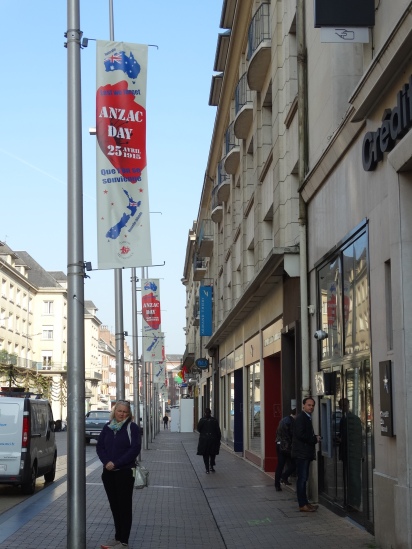 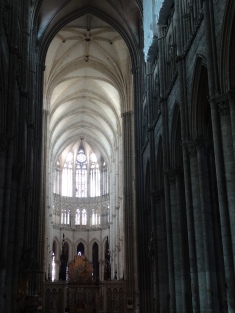