Newark is north east of Nottingham and during the Civil War (1642 -1646) was a Royalist stronghold surrounded by Parliamentary strongholds in Nottingham, Lincoln, and Hull. The New Model Army besieged Newark on three occasions during the Civil War and it was ultimately captured because Charles I surrendered and ordered the garrison at Newark to surrender. Therefore Newark more than any other city can claim the right to be the National Civil War Centre.

The centre opened on May 2nd and we visited a few days later. It is in a very early stage of development and the displays do not cover the civil war period but rather Newark during that period and how Prince Rupert brought the plague to Newark when relieving the city from Parliaments siege. It also had displays on the effects of civil wars in the 20th century. In my opinion it is not yet the centre for civil war history but it has made a good start. 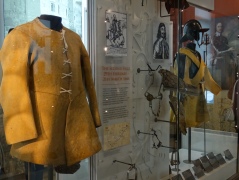 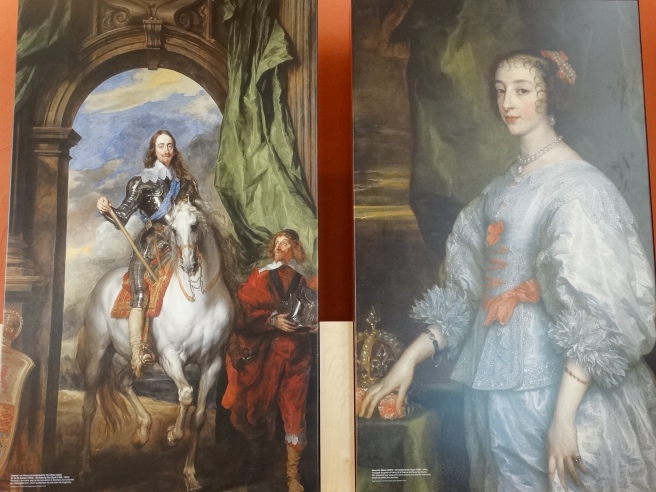 After visiting the centre we walked through the old town, visiting the cathedral and looking at some of the Tudor heritage preserved in the buildings in the city. One of the oldest buildings now houses a business called “Charles I Coffee Shop” 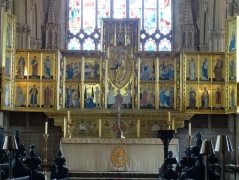 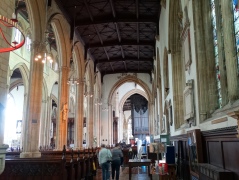 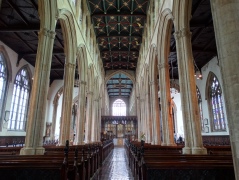 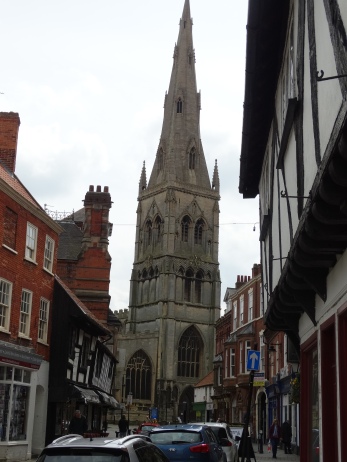 During a visit to the High St in Long Eaton we found a book on Canal and River Walks in Nottinghamshire and one of those walks was along the River Trent in Newark. We moved the car so that we could take that walk and visit the castle. As soon as we saw the ruins of the castle both of us recognised that we had been to that park some time ago in summer. So we had lunch and then walked along the banks up to the locks and along the heritage trail.

After our walk we decided we would go back to Nottingham through Southwell. As we drove through the villages we came upon Kelham. This is where the Scots held Charles after he approached them to change sides. Kelham House still exists today but it is now used as Council offices. After the family who built the house sold it to pay debts it became a monastery and then it was purchased by the Council. The monks added a domed extension for their prayers and now this chamber is the council chamber. The council also added an extension for all of its administration staff. When we visited the staff were counting votes in the recent election in which we voted. Now the council is selling the property to a hotel chain and the council will move into purpose built premises.

After Kelham we made it to Southwell and the Admiral Rodney Hotel. It had been threatening rain all day and now it was pouring so time to have an afternoon tipple and wait for the shower to finish before going home at the end of a long day.