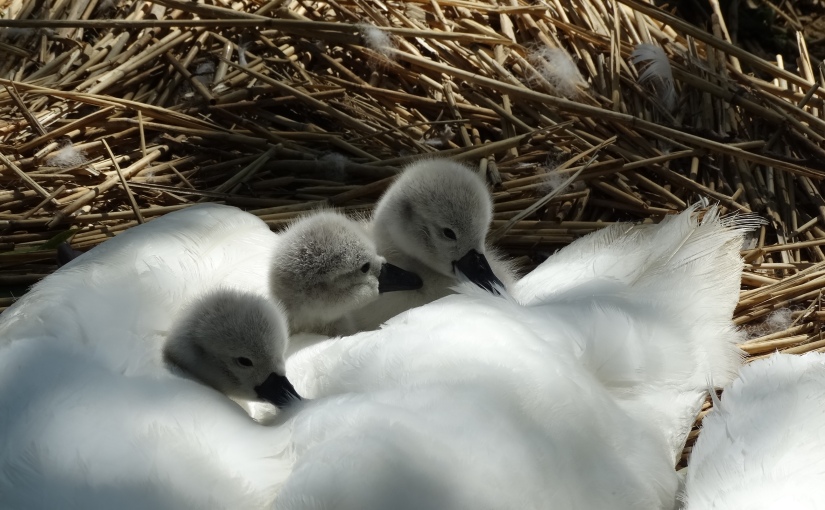 We awoke later this morning – it must have been the walk to Hurst Castle. The sky looked grey again and passers-by were wearing their jackets and scarves. Not a good looking day. But during breakfast the Swiss bloke at the table beside us points to the window of the breakfast room and says “look the sun”. From that point forward the day was beautiful – sunny and clear but the breeze was very fresh. A great day to see the Swannery.

In the 11th century the Swannery was established by Benedictine Monks who built St. Peters monastery at Abbotsbury. They farmed the swans for food until Henry VIII ordered the destruction of the monastery in the 1539. Everything apart from the Swannery, Great Tithe Barn, St Nicholas’s Church and St Catherine’s Chapel was destroyed. It was then purchased by the Strangways family and has remained in their ownership through fifteen generations up to the present day: an estate of some 61 square kilometres (15,000 acres) in Dorset covering Chesil Beach and Abbotsbury is still held by the Ilchester Estate owned by Mrs Charlotte Townshend, the daughter of Viscount Galway, a descendant of the first Countess of Ilchester.

Abbotsbury Swannery is the only managed colony of nesting mute swans in the world. It is situated near the village of Abbotsbury in Dorset, England, 14 kilometres (9 mi) west of Weymouth on a 1-hectare (2-acre) site around the Fleet lagoon protected from the weather of Lyme Bay by Chesil Beach. The colony can number over 600 swans with around 150 pairs.

On our visit the nesting had commenced and in some cases the goslings had hatched. We walked the entire park and the birds were nesting everywhere and allowing us very close in some cases to stand right beside the nest. As there are so many birds in close proximity they have modified their behaviour to allow for nesting. As you would expect there are other water fowl like ducks and moor hens but there are also some feral species like Australian black swans and Canadian geese. A fascinating park well worth the visit. 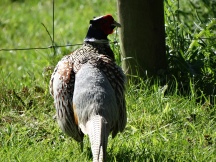 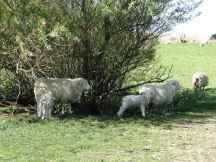 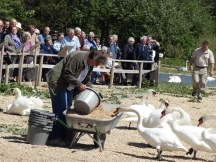 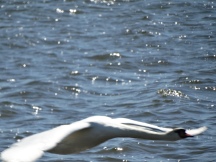 From there we moved onto Abbotsbury described to us as a quaint Dorset village and that it is. There are some remnants of the monastery but St Nicholas’s church and the Great Tithe Barn were the most obvious. High on a hill beside the village is St Catherine’s chapel but a considerable distance away and no car access. We had lunch at the tea house and chatted with a young English bike rider just returned from the Chapel. After lunch we moved onto Lougwood Meeting House outside of Exeter. 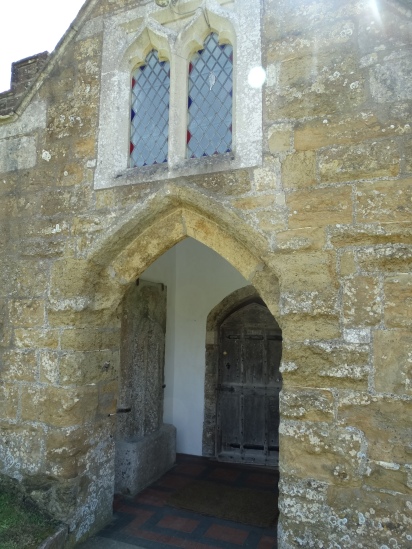 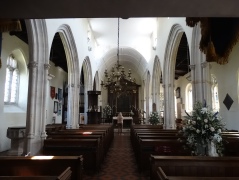 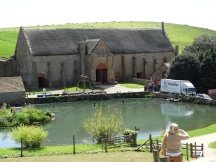 Loughwood Meeting House is a historic Baptist chapel, 1 mile (1.6 km) south of the village of Dalwood, Devon in England.[1] There was a meeting house on this site in 1653, although the current building may date from the late 17th century or early 18th century. It is one of the earliest surviving Baptist meeting houses. Since 1969 it has been owned by the National Trust. English Heritage have designated it a Grade II listed building.

The meeting house was founded by the Baptists of Kilmington, Devon, a village 1 mile (1.6 km) away to the southeast. Prior to the Act of Toleration 1689, the meeting house was illegal, but its location made it suitable as a refuge. It was built into a hillside, at that time surrounded by woodland and accessible only by narrow paths. Furthermore, it lay within a detached outlier of the county of Dorset, as the parish of Dalwood belonged to Dorset until 1842.

The building is of stone rubble with buttresses and a thatched roof. The interior dates from the mid 18th century to early 19th century, with a raised pulpit, box pews and a baptismal pool. There is also a musicians’ gallery, built over retiring rooms. 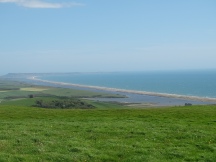 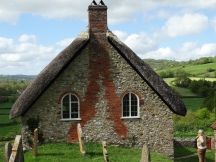 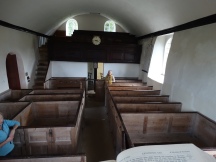 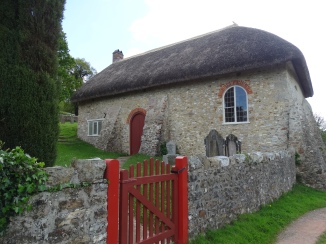 After Loughwood we went back toward Weymouth stopping in at Lyme Regis and West Bay where we had fish and chips by the boat harbour. Lyme Regis is a coastal town in West Dorset, England, situated 25 miles (40 km) west of Dorchester. The town lies in Lyme Bay, on the English Channel coast at the Dorset–Devon border. It is nicknamed “The Pearl of Dorset.” The town is noted for the fossils found in the cliffs and beaches, which are part of the Heritage Coast—known commercially as the Jurassic Coast—a World Heritage Site. 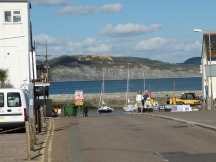 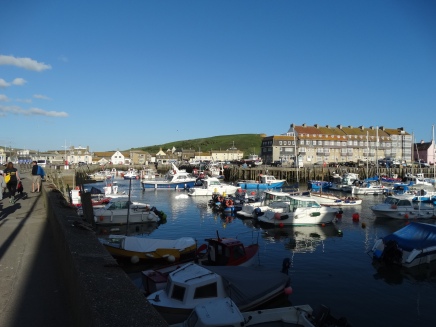 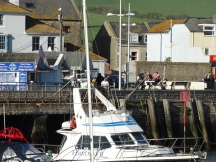 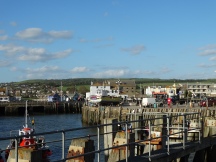 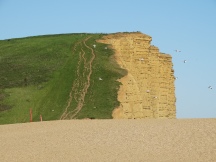 West Bay, also known as Bridport Harbour, is a small harbour settlement and resort on the English Channel coast in Dorset, England, sited at the mouth of the River Brit approximately 1.5 miles (2.4 km) south of Bridport. The area is also part of the Jurassic Coast.