Although not her birthday, we will not be in Australia for the occasion so we celebrated with a wine trip in the UK.

First vineyard was at Halfpenny Green Vineyards close to Wolverhampton approximately 90 minutes south west of Long Eaton. A beautiful day greeted us with sun shining and cotton ball clouds in the sky. However on arriving we became a bit distressed as everything appeared closed bar the cafe. It was not like what we consider a traditional vineyard should be. There were numerous odd shops for plants furniture as well as the cafe, wine room. the bottling shed and assorted equipment all surrounded by the vines. 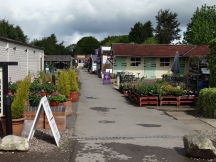 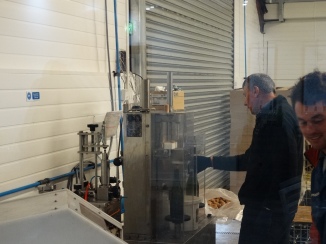 We discovered that there is a form of farm shop attached to the cafe and the building looked like a restored old barn. But we were there to try some English wines. Some 8 different varieties and styles were available for tasting. Most were whites with one Rose one red and one sparkling wine. And none of them were duds. All from different German and French varieties so it was quite a different experience. We selected a bottle of Rose for our picnic and as the weather had soured a little we were given the use of the wine room for our spread. As we munched on baguettes cheese olives pate and sausage we drank our wine and watched the staff in the bottling shed riddling the sparkling wine in the traditional method.

The day was still young so we went further south west into Gloucestershire to the Three Choirs Vineyard Britain’s second biggest vineyard and wine producer. This appeared to be more like an Australian vineyard. The wineshop was bedecked with wine paraphernalia and we booked our wine tour. From there we went into the court looking over the vines and across to the restaurant emitting fantastic aromas of lamb roast. The weather had turned decidedly nasty. The wind was whipping around the buildings and the air was much colder even though the sun seem to be winning against the clouds. Time for a hot chocolate and cup of tea. 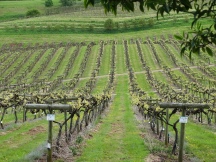 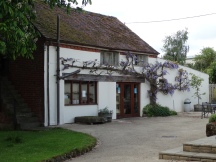 Time passed quickly and we were soon called for our tour. Kerry Y was concerned that it would rain and dressed in her rain smock but most of us were just concerned about being blown away. The tour started with a glass of their sparkling wine and then the guide took us amongst the vines to explain the varieties of grape used. We sampled another wine then proceeded to the pressing fermentation and bottling plant to see the whole operation where we sampled another wine or two. The tour finished with a short video clip about the winery and our last tasting. No duds here either. I have experimented with some different styles of photography for the pictures of Three Choirs. 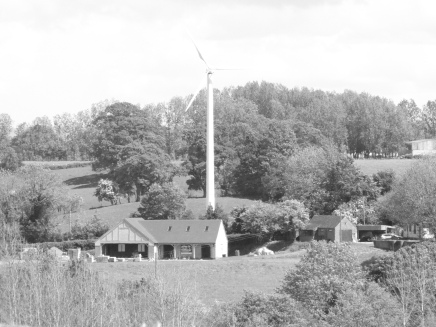 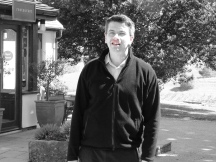 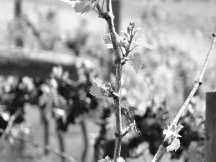 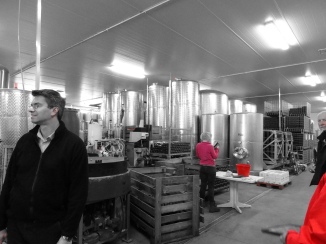 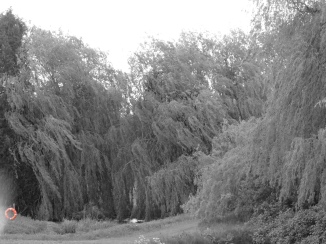 Kerry Y was feeling weary – no wonder with all the tastings so Rod, Kerry H and I thought we would try the nature trail through the vineyard. We were learning about the different sorts of trellises used and the reasons for it when Kerry noticed a much bruised cloud scudding across the sky towards us. There were pavilions along the trail and some cabins for overnight stays but unfortunately the wind and some missing panes of glass allowed the rain to reach us convincing us to return to the car. 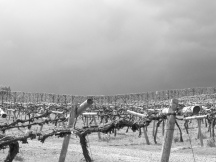 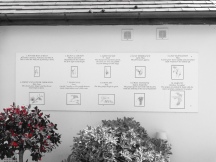 But the day had not finished yet. Long Eaton is blessed with a fine dining Indian cuisine restaurant, so having planted gifts for Kerry H at the restaurant we casually suggested dinner at the Indian surprising the birthday girl with gifts and a good meal.