We had planned to visit a few champagne houses starting with Mercier. We did not know what to expect but I think this was a good place to start. Mercier Champagne prides itself on bringing champagne to the people and is big and bold and brassy. A visit to their cellars has a feeling of Disneyworld about it. It cost 16€ per person for the tour and I would have to say it was a good tour. Firstly we were given the history of the house. As best as I can recall, a young Mercier convinced 5 of the older houses to join forces and fund his grand plan of bringing champagne to the people. They built purpose built cellars, miles of them, 30 metres underground and to promote the house he had constructed a huge barrel which he ultimately dragged to Paris for the world’s Fare and but for the Eiffel Tower it was the biggest attraction. You can still see the barrel. He also introduce delivery by panel van boldly emblazoned with his brand. 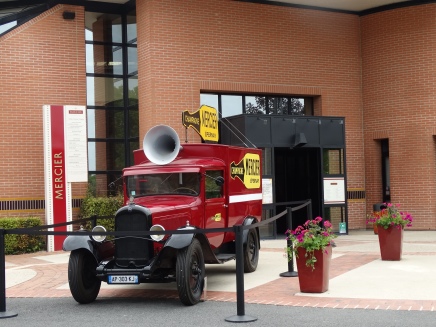 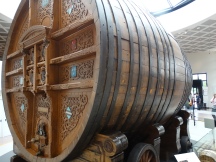 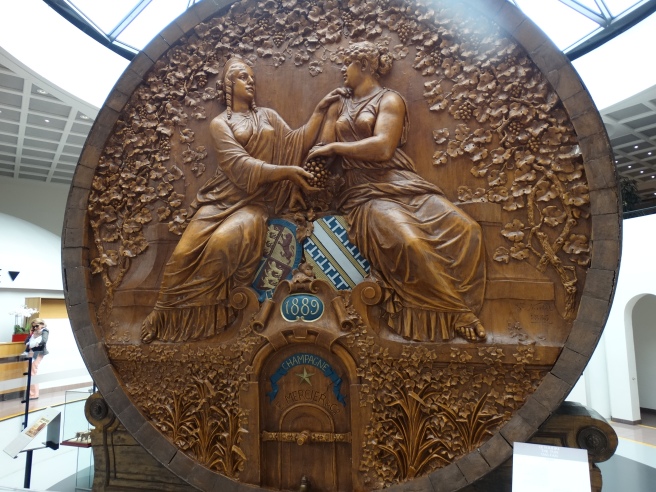 After getting the history you travel 30 m down to the cellars board a train and take an escorted tour through the cellars. In addition to the champagne and the serious work of making the product he engaged master sculptors to engrave the walls with murals as he fully intended to exploit the tourist. He also developed luxury dining rooms for the well healed tourist but we did not get to see past the chandeliers. The tour ends with a tasting – yes that is right – a single tasting. He knew his stuff as the tours are full and run every 40 minutes. As we left another bus load arrived and judging by the driver’s demeanour it had been a busy day. 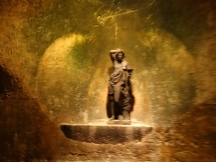 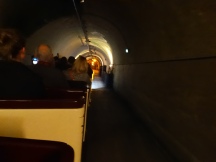 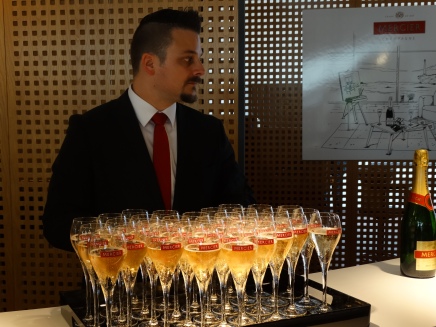 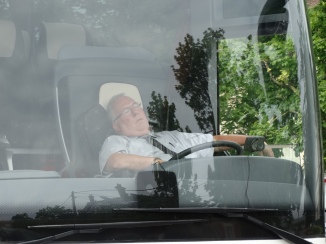 On our way to the next champagne house we were diverted by the sight of a large clock tower and ended up at Castellane. We ventured inside and the tour was about to start but having done Mercier we felt it could not be bettered so we just tasted the champagnes instead. We shared three coupes of champagne and did not see much more of interest so we pushed on.

We pushed on to Hautvilliers looking for G. Tribuant. Hautvillers is a beautiful village on a hill surrounded by grape vines and home to quite a number of smaller producers. It also is small enough to park and walk the village which we did bumping into a few fellow tourists loaded down with cases of champagne and all vowing it was superb and cheap. The first cave we came across was the house of Locret Lauchaud. Unfortunately, or so we thought, he was closing his door as we arrived. We moved on to Joseph Desruets only to find that no one was home or so we thought. As we stood viewing the ancient equipment a young crowd of French came in and pointed out that we were in the work shop not the Cave and directed us up the hill. For reasons unexplained we went the other way and I am glad we did as we found our way to G Tribuant. 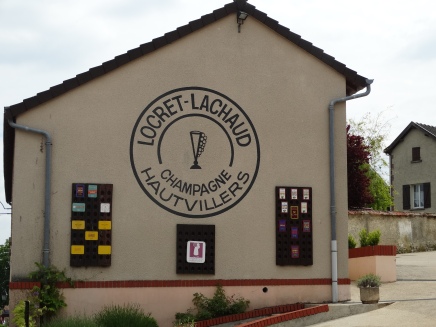 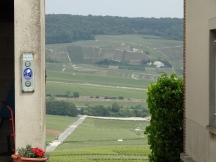 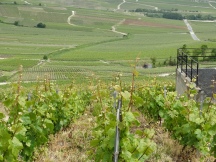 The Cave was superbly located atop a hill looking over the countryside. We tasted we bought and then we relaxed in the afternoon sun looking at the valley sipping champagne and eating cheese. I will let the pictures tell the story. 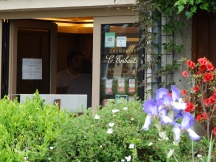 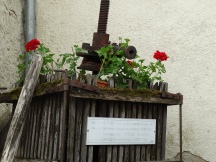 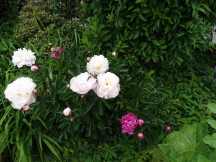 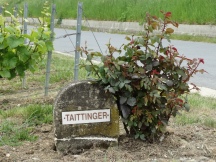 We were late into bed that day. With twilight and daylight saving the sun is present up to 10.00 o’clock.