David and Veronica are now on their way to Rome and we head north to Salzburg in Austria. We have broken the trip into two parts – Lucca to Verona and Verona to Salzburg. We are hoping that we will get away from the heat for a while.

Travelling north through the heart of Italy we saw much the same scenery that abounded in Tuscany and it did not get much cooler. As it was an overnight we stayed in the Best Western CTC Verona. Tommy got terribly confused and took us miles from our destination but eventually we arrived. Quickly we unpacked and drove into the old town of Verona principally to see the balcony from which Juliette received those immortal words “Juliette, Juliette wherefore art thou Juliette”.

We found the parking station and walked through the old gate and ran smack into a Roman Amphitheatre. Verona has managed to preserve this historic part of its Roman history and today uses it for less violent activities. Presently they are preparing the stage for an Egyptian themed production. 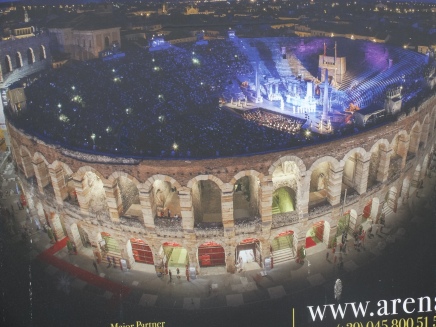 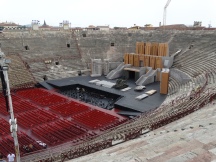 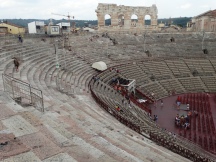 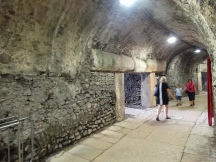 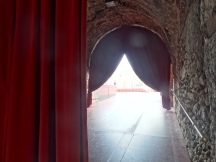 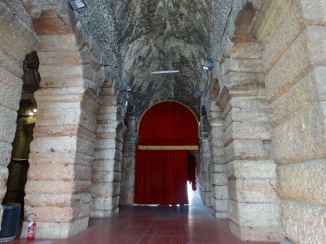 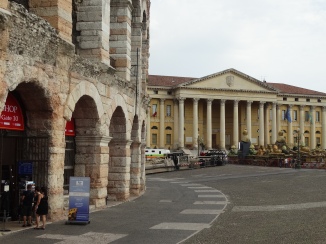 Kerry was indisposed when I heard drums chants and whistles outside the arena. Maybe they have caught a Christian or two for the lions I thought but no it was a protest of some sort – most boring. We then headed into the streets of old Verona in search of a Shakespearean experience. Past dress shops and shoe shops and bag shops – hard work I can tell you until we saw the sign. There in front of us was a Japanese bus tour – they had found Juliette’s balcony.

We could not leave it there we had to find Romeo’s pad. Back into the street armed with a tourism map marked with all the sights, we found the Palace, Palazzo della Ragione, the Palais of Justice, the old city well, a church with grand tombs around it and a Square dedicated to a famous French writer whose name I have forgotten. Almost at our wits end we found it – a most unimposing place and no Japanese tour thronging to photograph it. In fact to our surprise, the current resident suddenly appeared – no not Romeo but who knows maybe a Capulette? 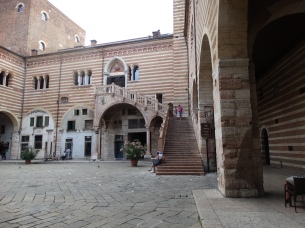 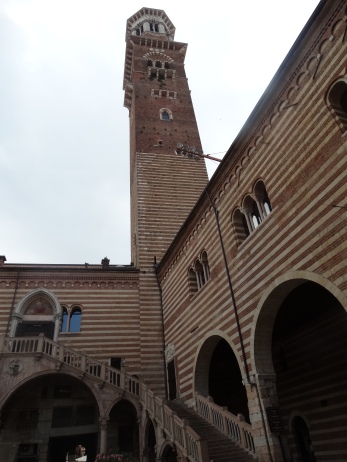 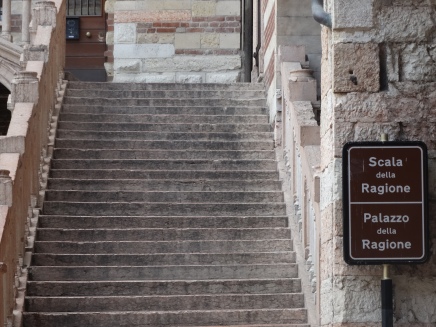 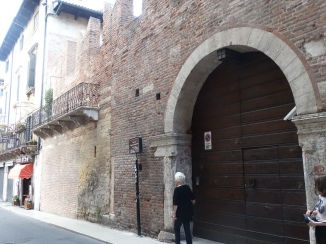 Verona was a surprising city with its pretty building its markets and the mobile market stands, its three wheeled eco cleaning utilities, and it’s pretty women. Dinner was a shared pizza in the shadow of the Roman Arena before going home with the prettiest woman.