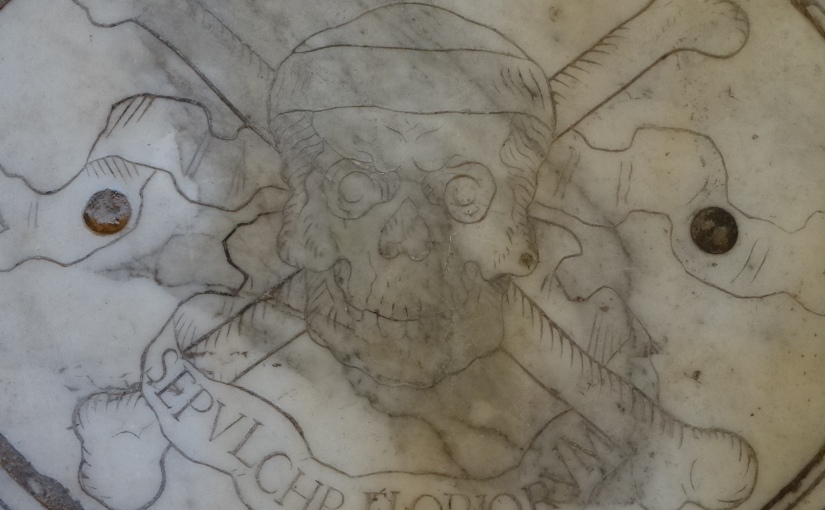 We were exhausted again and retired after dinner. Not to be kept down we rose early to walk to the other side of the Arno to visit Palazzo Pitti. This is the giant home created by Cosimo I for his wife who wanted a garden and then he wanted safe passage to work at Palazzo Vecchio on the other side of the Arno. We weren’t that interested to see another palace but I was interested to see how the Duke’s walkway connected as it had to pass across the top of the Ponte Vecchio, over private homes and into Palazzo Pitti. A gateway at the side of the palace allowed us to see the passage into the palace. 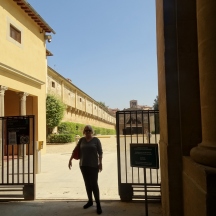 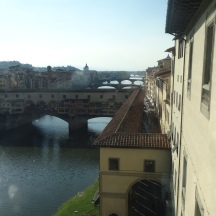 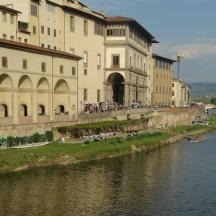 From the Palace, we could see the steeple of the Basilica di Santo Spirito so we took to the lanes past a cobbler’s shop and a man walking his dog (if you can call something the size of a rat a dog) and voila we entered Piazza Santo Spirito. The Basilica di Santo Spirito (“Basilica of the Holy Spirit”) is usually referred to simply as Santo Spirito, it is located in the Oltrarno quarter, facing the square with the same name. The interior of the building is one of the preeminent examples of Renaissance architecture. In 1252, the Augustinians started the church and the convent incorporating an old church of San Romolo in the complex. The convent had two cloisters, called Cloister of the Dead and Grand Cloister. The first takes its name from the great number of tombstone decorating its walls, and was built around 1600. The latter was constructed in 1564-1569.

The former convent also contains the great refectory (Cenacolo di Santo Spirito) with a large fresco portraying the Crucifixion over a fragmentary Last Supper (1360–1365). It is one of the rare examples of Late Gothic Art which can still be seen in Florence. Michelangelo, when he was seventeen years old, was allowed to make anatomical studies on the corpses coming from the convent’s hospital; in exchange, he sculpted a wooden crucifix which was placed over the high altar. Today the crucifix is in the octagonal sacristy that can be reached from the convent.  The only remaining wooden sculpture by Michelangelo. No photography permitted. 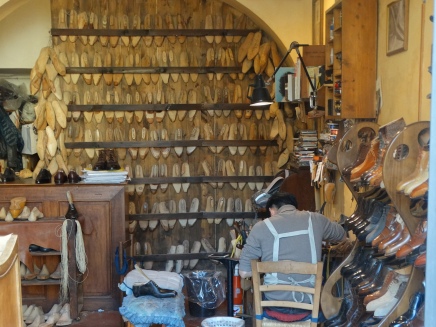 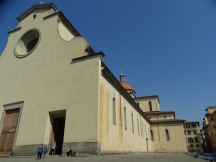 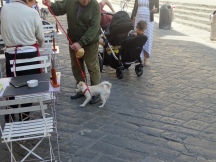 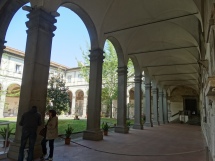 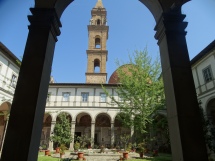 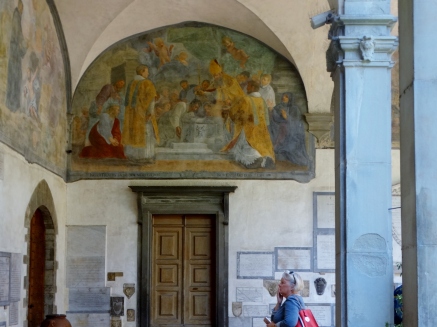 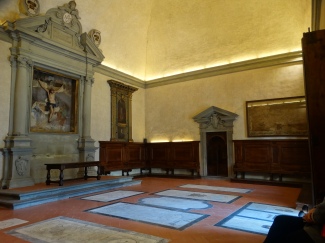 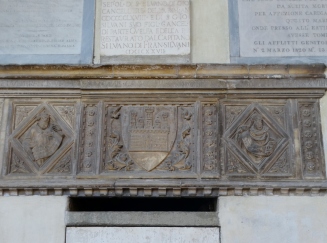 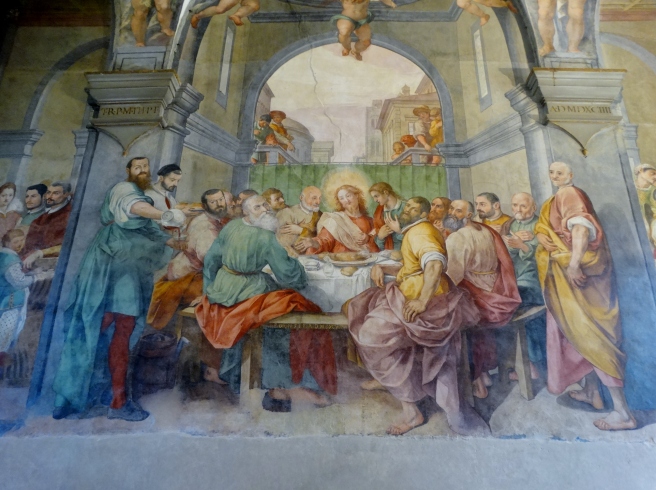 VvThus, ended our stay in Florence. The next morning we caught a taxi to the train station and a wait for the “fast train” to Rome occupied most of our morning, then the train trip (the train achieved a mere 250 klm per hour compared to the 430 klm per hour in Shanghai) to Rome and a quick turn around through the tunnel (which I wish we had known about when going to Fumacino from Civitavecchia) to catch the much more sedate train to Terni and a warm welcome from Robert at the train station (I think not – MIA). So a taxi to Cesi and dragging the suitcases up the steepest of streets in the village to be welcomed by Robert from his kitchen landing. An offer to help with the suitcases to drag them up the stairs and at last we can stand still and rest.