We were here 12 months ago and promised June we would return for her 90th birthday. Gayndah is 360+ kilometres from Brisbane and some of the road is a bit hairy when a cattle truck passes or a caravan decides to meander along in front of you. Depending on your timetable its is at least 4 to 5 hours north west of Brisbane. We had a delightful if somewhat chilly evening with June, her family and friends and we will be back for the next milestone.

When you enter from the south you are greeted by Gay Dan and the Big Orange. Noted for its citrus, Gayndah has become home to Gay Dan and it is the only breakfast spot of a Sunday morning. Gayndah claims to be the first town in Queensland having been established in 1850. Exploration of the Gayndah area began in 1847  the first European settlers arrived in 1848, and the town was established in the following year. Gayndah may be the oldest officially Gazetted town in Queensland though, it should be noted that, a convict colony of 47 people existed on the Brisbane River, CBD site in 1825.

Being the oldest gazetted town in Queensland you can expect to find some history in town. The local museum established in W Young’s General Store which opened in 1849 is well stocked with memorabilia and spreads across the street. Located in a dead end street fronting the Burnett River you get a grand view of the river and the bridge crossing it plus the flood level measure (2013 the river flooded to 17 metres).

Square for Remembrance of Lost Heros

It is one of the tidiest towns we have visited.  The town hall has a retro look of the 40’s buildings quite a contrast to the traditional houses and hotels which abound in the town. Even the public toilet is modeled on the early timber style. A place of many firsts, Gayndah even claims Queensland’s first derby over 1 and 1/2 mile, hence the statue of the horse and jockey in the main thoroughfare. 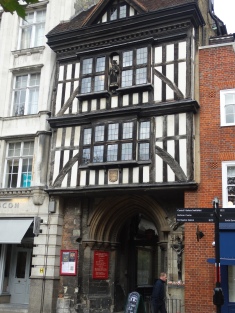 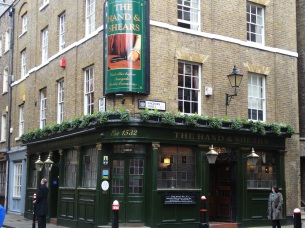 We visited the Duke and Duchess (the name given to the peak behind Gayndah) to lookout upon the Burnett and its surrounds. 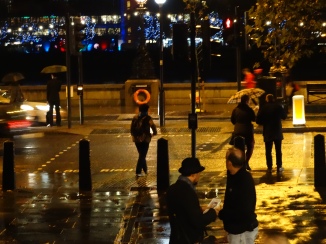 I was pleasantly surprised to find out that my footy club Easts Tigers had also journeyed to Gayndah for the weekend – well at least their In-Trust Super Cup Team to contest a round against Norths Devils at neighbouring Mundubbera. The town is located 405 kilometres (252 mi) north west of  Brisbane. Mundubbera is also built on the banks of the Burnett River and is the self-proclaimed “Citrus Capital of Queensland”, although this is disputed by the neighbouring (and rival) Gayndah. I am pleased to report that the Tigers had a win over the Devils. There were even some stars at the match – Darren Smith (former East’s centre,  Bulldogs and later Broncos player and State of Origin member and Australian International) as an assistant coach of the Tigers and Steve Menzies (former Manly Sea Eagles player) as an NRL ambassador. Interestingly both Smith and Menzies played in head gear. I captured a few shots of the match. 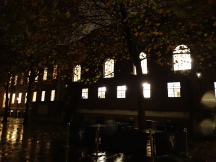 Coffee shop to the Great Hall