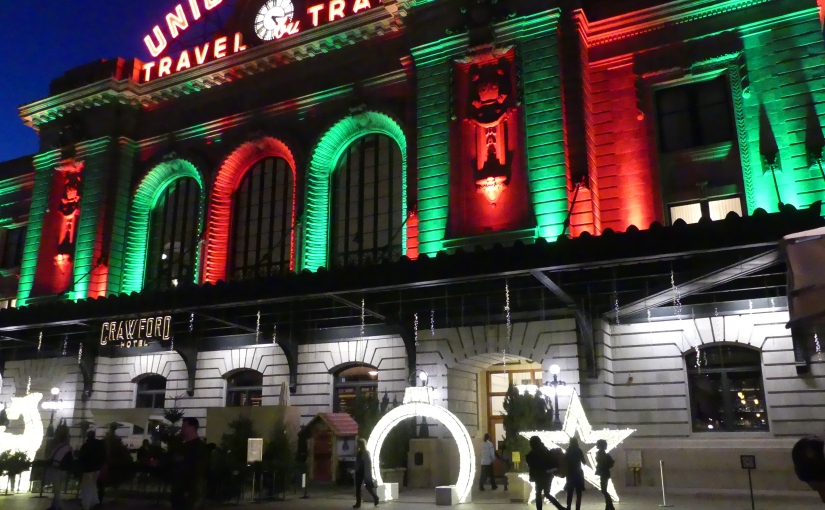 We both had a very restless night and when the alarm went off at 6.15am  Kerry jumped up announced it was snowing so we both went back to sleep as we knew today’s tour to the Red Rock Auditorium would be cancelled. We lay around until 9.00am had breakfast and then went to grocery shop at the only grocery store in the CBD of Denver after which we went home and then returned to the the Federal Reserve mint to learn the story about the American currency. From the first promissory notes to Confederate currency the history of the “greenback” reflects the changes in the United States. We also received some samples from our visit – a bag of shredded “greenbacks” confetti if you like. Some pictures of the various forms of the currency follow. 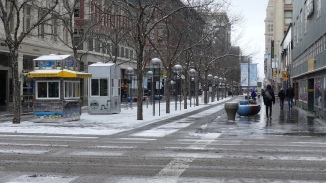 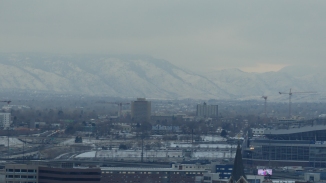 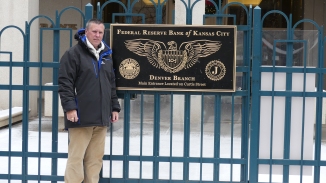 We then toured some of the shops before taking a rest as we had planned an evening of jazz and dinner at Dazzle in Curtis St. and what a night. A nineteen piece jazz band with special guests singers. Great night but the euphoria meant we did not check the bill until we reached the bus stop meaning we had to return and have the bill corrected. Wouldn’t you know it the NZ bottle of wine that was out of stock was on the bill. All fixed and we had a great night. Tomorrow we move onto Keystone.

Keystone is a mountain resort about 2 hours away from Denver. Kerry found the cheapest way to travel to the resort was to return to the airport and catch one of the many shuttle buses up into the hills. And this is what we did: checked out of the hotel after purchasing a Xmas tree and two bottle of wine, caught the train back to the airport to catch the shuttle and drive back the way we came to go to the resort – I cannot figure out how that can be cheaper but it was.

The shuttle carried about 9 people and as we were first to arrive so we were first to put our luggage in and first on board. We were also the first to get off which meant that the luggage was underneath everything else and the driver had no idea of where we collected the keys. After a bit of a muck around Kerry retrieved the keys whilst I guarded the luggage. One thing was obvious on our arrival, the village was praying for the snow predicted for that night. Slush everywhere; dirty brown slush.

We were staying at Dakota Lodge near Buffalo lodge. After settling in we took a quick reconnoiter but we weren’t properly dressed for this subzero weather and returned to the apartment with the necessary staples from the one and only grocery/liquor outlet in River Run Village. On returning to the apartment we set up the Xmas tree with the chocolate ornaments provided by Shanelle and laid out the presents. Now we have our comfortable Xmas nest. 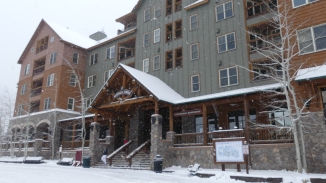 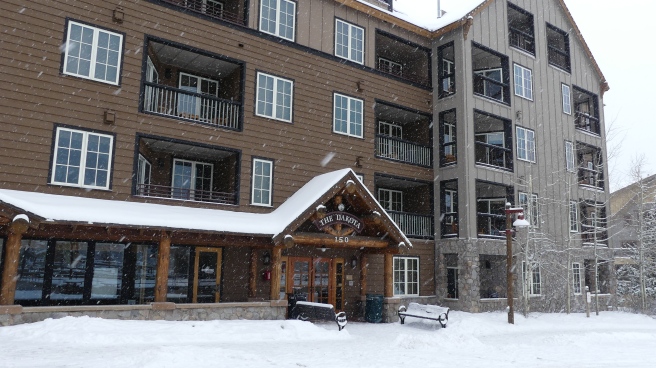 The sun set very quickly and soon the magic appearance of the resort at night illuminated all around. We were still under dressed but the wind had dropped so off we went to find some dinner. Luigi’s pasta place was our choice. Here they have family servings of various dishes – a huge plate of pasta sufficient for four was set down and try as we did we were never going to finish it. Kerry discovered another liquor she likes – Kapoli a Kaluha knock off. Home and bed beckoned it was past 8.00pm and the weather had dropped dramatically such that even I was chill. No sign of that snow as yet but here are the photos of the resort at night and here’s hoping for snow for tomorrow. 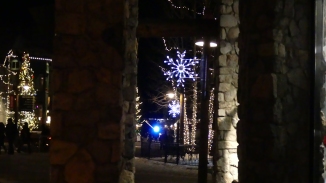 Ben and Jee arrived last night and we met them today. They want to use our place as as base for their skiing which is fine so while we wait for Carly, Vincent and the boys to arrive we walk around to Mountain House Lodge in the next village. Finding the ticket office for the ski lifts almost deserted of customers, we validate our passes the go to the day lodge buy two cups of hot chocolate (you would have thought it was gold at the price) and review some of the brochures on activities. A 5 hour Cat snow tractor ride zip line rides and snowmobile excursion catches our eye and we book for Wednesday. 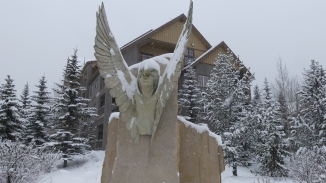 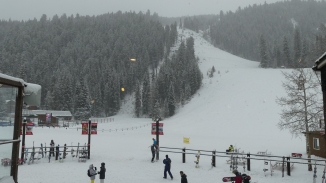 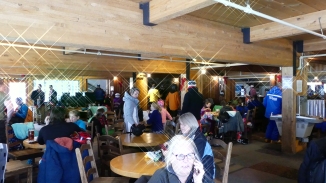 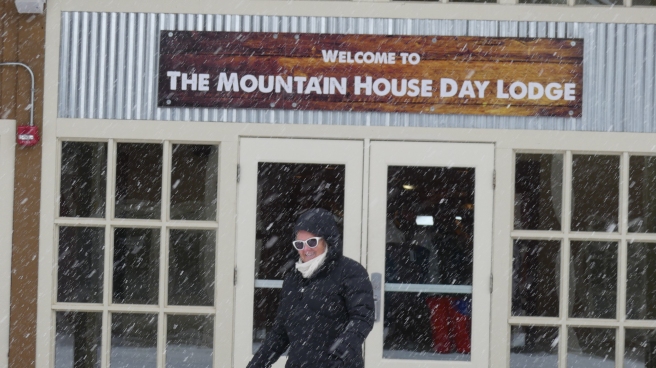 Carly is now only 1/2 an hour away so we return to our lodge to greet them. 1 hour plus they arrive and the boys are jumping out of their skins with excitement. I start the first snowball fight and that continues as we show them around the resort. 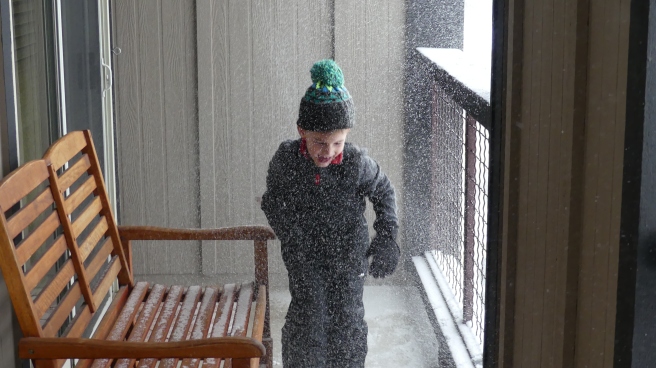 The kids want to keep playing so we catch the gondola to the top of Dencrum Mountain about 12,000 feet high to see what we can see. We did not even get out of the gondola – the wind is gusting in gales blowing the gondola closer and closer to the supporting towers and the snow continues to fall as it has done all day. We return to the resort meet up with Ben and Jee help store their ski gear and go up stairs for a warm cuppa. Carly and family are home and plans are made for a family spaghetti and meatballs. Great day and here are some of the photos. 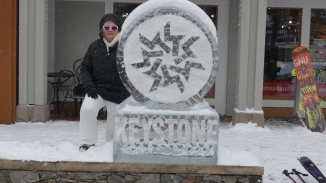 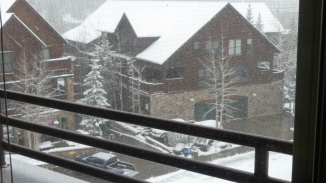 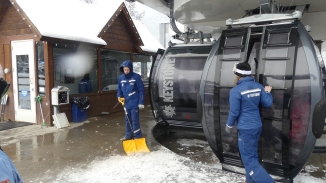