Daytona Beach is on an island. Most of the coast of Florida is sheltered by fringing islands providing protected waterways for leisure boating. Although our accommodation was directly on the beach there seemed little local activity around the beach apart from the abundant pelicans circling around. On our 2nd day in Daytona we visited St Augustine claimed to be the earliest settlement by Europeans in the USA (1520 AD). The Spanish occupied the locale and built a fort to combat the privateers and buccaneers of the other European countries trying to steal the wealth the Spanish stole from the locals. The old town changed hands to the French and back to the Spanish and then the British burnt it to the ground then it was rebuilt then the Americans purchased it from Spain. The old town does contain historical remnants as the photos below show. 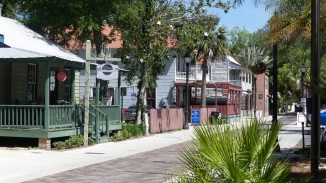 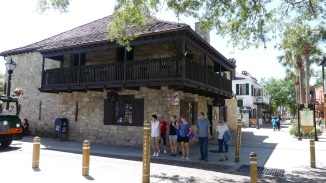 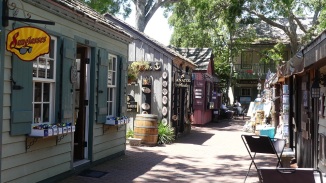 The old town has been retained but a new town has grown up around it prospering from tourism. We took the local version of the hop on hop off bus and saw a bit of both sides. The tour included passing by the St Augustine winery and the distillery, the harbour and Flager College formerly a fantastic hotel for the rich and famous created by Mr Flager. 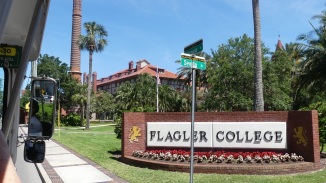 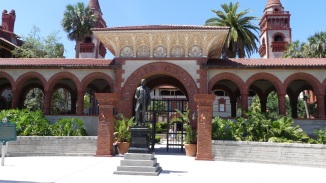 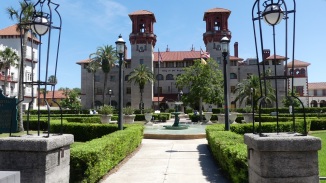 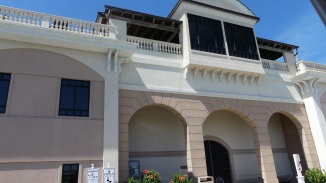 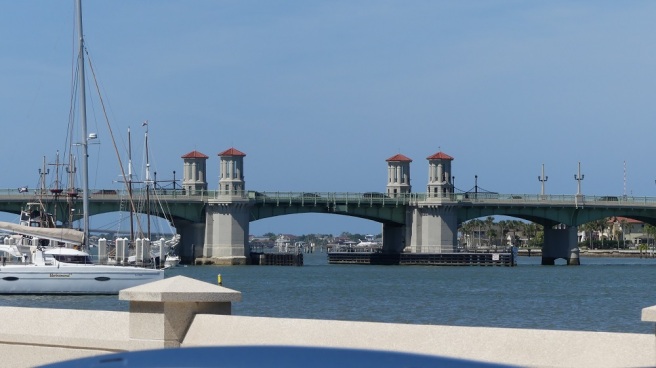 The big draw card is the old fort which we visited of course. It reminded me of Fort St George in Invernes Scotland – star shaped. They have a lot of educational material and historical artefacts, re-enactment of the firing of the canon and shows demonstrating the operation of muskets and flintlock rifles. I was amazed at the time it took to prepare and fire the cannon – it must have been close to five minutes before they were ready to fire. The same with the rifles. the musket is fired by igniting gun powder using a burning cord and the flintlock struck flint against a hammer to create a spark – sometimes! 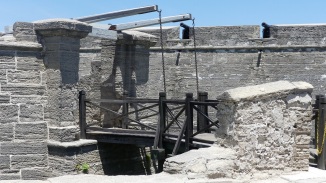 entry to the fort 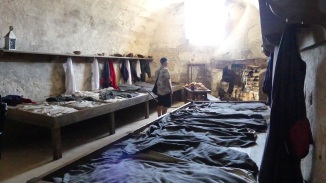 sleeping quarters for the sentries

inside with some odd pieces of equipment 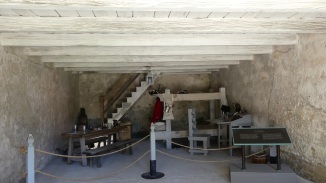 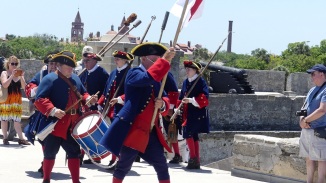 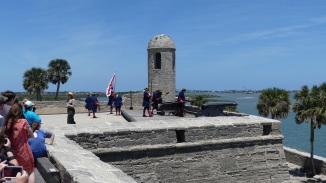 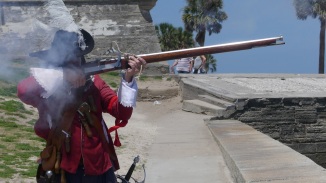 The day ended in Scarlet O’Hara’s pub where surrounded by posters for the movie “Gone with the Wind” we had a few drinks and some local foods. More atmosphere than culinary excellence. It had been an excellent day at St Augustine and the day ended with a walk on the beach with some of the feathered locals and having drinks with some of the other persons (some Aussies also) around the pool. 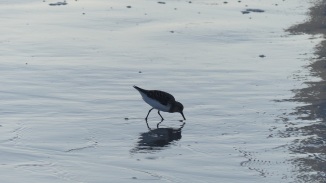