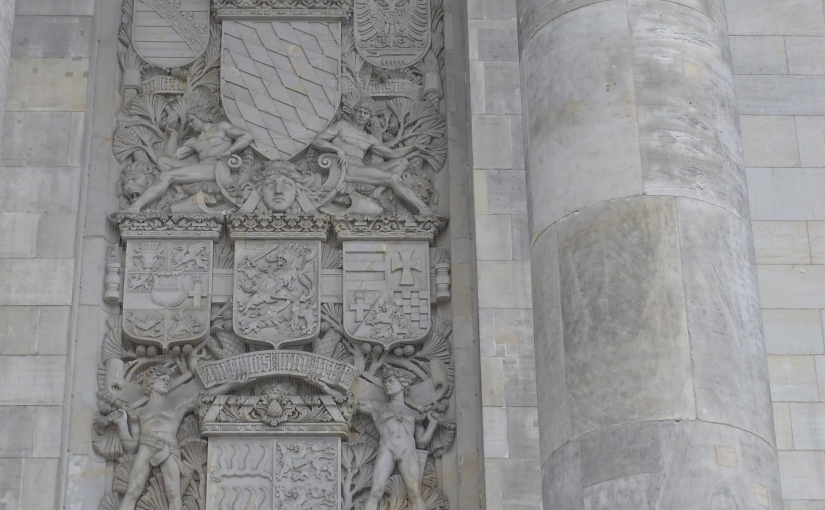 The Reichstag is a historic edifice constructed to house the Imperial Diet (German: Reichstag) of the German Empire. It was opened in 1894 and housed the Diet until 1933, when it was severely damaged after being set on fire. After World War II, the building fell into disuse; the parliament of the German Democratic Republic (the Volkskammer) met in the Palast der Republik in East Berlin, while the parliament of the Federal Republic of Germany (the Bundestag) met in the Bundeshaus in Bonn.
The ruined building was made safe against the elements and partially refurbished in the 1960s, but no attempt at full restoration was made until after German reunification on 3 October 1990, when it underwent a reconstruction led by English architect Norman Foster. After its completion in 1999, it once again became the meeting place of the German parliament: the modern Bundestag. In today’s usage, the word Reichstag (Imperial Diet Building) refers mainly to the building, while Bundestag (Federal Diet) refers to the institution.
It must have been galling to have an English architect restore the Reichstag but he has done a damn fine job. Whilst we did not visit the Bundestag, we were able to dine on the roof top and visit the central dome of the building. Travelling up in the lift was rather eerie with the mirrored walls reflecting our images like the entomb warriors of China.
On the rooftop we had fabulous views of Berlin, the Teirgarten Brandenburg Gate and Alexanderplatz radio tower. I was even able to photograph the Carillon (bell tower) or in German Glockenspiel that I had spotted from the Monkey Bar. Lunch was delightful and the ambience very comfortable. 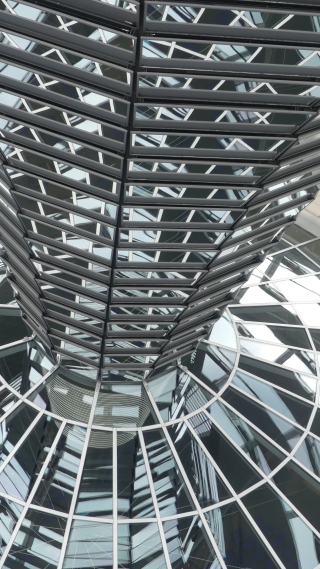 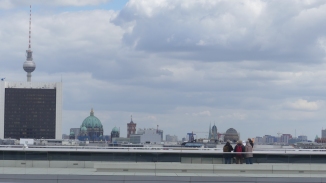 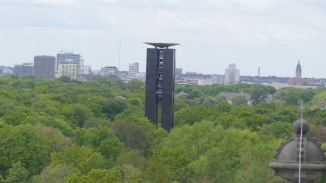 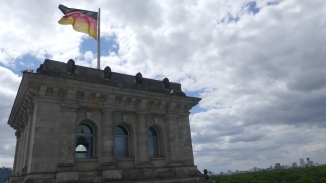 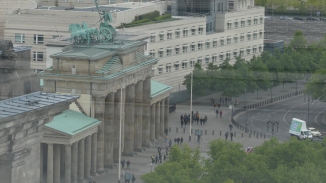