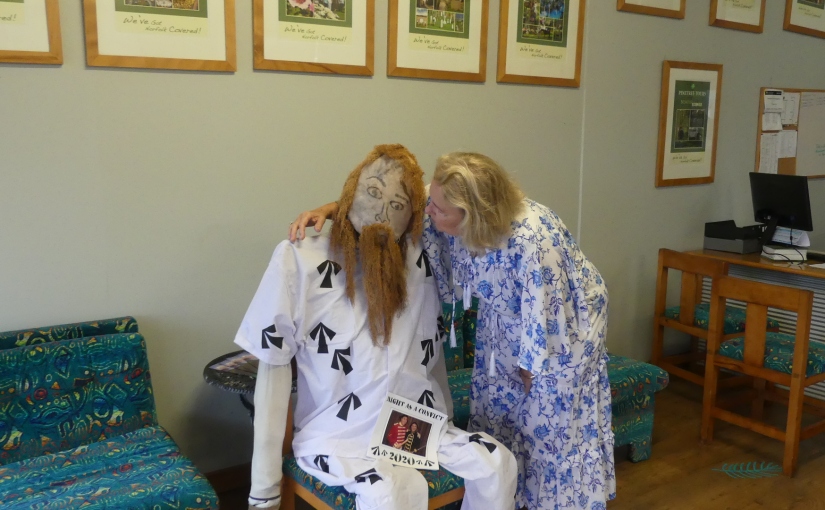 We are awoken by the local rooster crowing at the dawn and make our way to Pinetree tours office. The rooster is not domesticated. Like all of the open range chooks on Norfolk they are the current generation of the chooks released by Lieutenant Gidley King when he established the first English settlement in 1788. The first European known to have sighted and landed on the island was Captain James Cook, on 10 October 1774, on his second voyage to the South Pacific on HMS Resolution. He named it after Mary Howard, Duchess of Norfolk. After the outbreak of the American Revolutionary War in 1776 halted penal transportation to the Thirteen Colonies, British prisons started to overcrowd. In December 1785 Britain decided that it would send convicts to Australia. In 1786, it included Norfolk Island as an auxiliary settlement. Governor Arthur Phillip ordered Lieutenant Philip Gidley King to lead a party of 15 convicts and seven free men to take control of Norfolk Island, and prepare for its commercial development. They arrived on 6 March 1788. It was also called “Sydney” like its parent.

Lead rooster outside our Apartment and views from our deck

We are going to make this trip to Taylor’s Rd Burnt Pine many times as we have booked a few tours and if it is not Pinetree Tours, its Baunti (Bounty) Tours – the Pitcairn Islanders introduced this type of Pidgin English which is spoken by the “natives” today.

We join many of the other passengers from Brisbane and board our bus. Our driver is John Christian (of the Fletcher Christian line – I make him to be 10th generation) and he understandably has lots of knowledge about the island, its heritage and history. We drive out of the main street Taylor’s Rd and along to Queen Elisabeth Ave up to Rooty Hill Rd and south along that road until we see an Indian Banyan Tree. This thing covers approximately ½ an acre (one tree) with its extensive canopy and air rooting system. It’s on private land so the bus does not stop but we return for a closer look.

Further down the road is a lookout named after Queen Elizabeth (you would be surprised to learn she visited on a royal tour and left her name on a few things). Liz has her name on an Avenue, but poor old Phillip only gets his name “Prince Phillip Drive” on a dirt road to a dry waterfall at a place called “Cockpit” – does this reflect on Phillip?

Photos with the convict at Pine Tree tour office, from the Q Liz Outlook and that Banyan Tree

The first known settlers in Norfolk Island were East Polynesians but they had already departed when Great Britain settled the island as part of its 1788 settlement of Australia. Archaeological investigation suggests that, in the thirteenth or fourteenth century, the island was settled by East Polynesian seafarers, either from the Kermadec Islands north of New Zealand, or from the North Island of New Zealand. However, both Polynesian and Melanesian artefacts have been found, so it is possible that people from New Caledonia, relatively close to the north, also reached Norfolk Island. Human occupation must have ceased at least a few hundred years before Europeans arrived.

When they did arrive, it was to provide food for the settlement in New South Wales, so the settlement was called Sydney town. They brought with them domesticated animals that would become pests and cause environmental harm to the Islands. But the settlement did not last. As early as 1794, Lieutenant-Governor of New South Wales Francis Grose suggested its closure as it was too remote and difficult for shipping and too costly to maintain. All of the remaining inhabitants of the first settlement were removed in 1813. Everything that had been developed was destroyed in fear of another European power claiming and using the island.

From February 1814 until June 1825, the island was abandoned. The island served as a convict penal settlement from 6 March 1788 until 5 May 1855, except for an 11-year hiatus between 15 February 1814 and 6 June 1825, when it lay abandoned. On 8 June 1856, permanent civilian residence on the island began when descendants of the HMS Bounty mutineers were relocated from Pitcairn Island. In 1914 the UK handed Norfolk Island over to Australia to administer as an external territory, but as a distinct and separate settlement.

The buildings and development created by the 2nd settlement were centred around the settlement formerly known as Sydney town but renamed Kings Town (Kingston) by the 2nd settlement. Many of these buildings have survived and form the centre of the historic village. We can view these buildings and the cemetery from a top of Queen Elizabeth’s lookout. Our tour takes us down into the village and along Quality Row where there are garrison buildings which are now used as an Anglican Church (All Saints), the Council Chamber, the Supreme Court of Norfolk Island and the Magistrates Court and the Governor’s residence (now the Administrator’s residence). The officer’s houses are now private residences and one of the former military buildings is the Golf course clubhouse. Beyond the golf course and before reaching Bloody Bridge, is the cemetery. The cemetery was commenced with the first settlement and is still used today. Unlike other cemeteries around the world which do not accept criminals into the consecrated grounds, this cemetery welcomes all comers.

Our tour continued leaving the lookout and travelling down through Kingston around to Bloody Bridge. There exists a myth about how the bridge got its name, but recent research suggests that it was built by Irish Political prisoners who named it after a bridge Ireland.

We then travel north to Cascade where the international ships come in (they have been waiting 5 months for a ship such is the difficulty to unload to the Island and the irregularity of availability). This is the old whaling station. The island was a regular resort for whaling vessels in the age of sail. The first such ship was the Britannia in November 1793. The last on record was the Whaling Bark Andrew Hicks in August–September 1907. Andrew Hicks of Westport Virginia had died in 1897 but his empire continued with this vessel lost when it dragged anchor in Havana. They came for water, wood and provisions and sometimes they recruited islanders to serve as crewmen on their vessels.

Whaling ceased in the 1960’s because they thought they had over fished the whales. Later evidence showed that Russian whalers had severely over fished sperm whales pushing that species of whale almost to extinction. With the cessation of whaling stocks have rebuilt and the station dismantled such that only one of the boilers is all that remains bar a few cement pads.

The jetty is inadequate for modern shipping which is now containerised. The wharf requires the ship to anchor off the island while Norfolk tenders ferry cargo to and froe – I don’t think the Norfolk Islanders want that to change just as they don’t want too many tourists as they like their little paradise just as it is with time and the world forgetting it is there. Violent winds raging seas and shallow water mean that any passenger ships can only unload passengers with the use of the 3 Australian donated ferries which sit dry docked waiting for the next ship never to come.

Our trip continued through Kingston and we headed to St Barnabas Chapel. In 1867, the headquarters of the Melanesian Mission of the Church of England was established on the island. We then back tracked going east to St Barnabas Chapel Anglican Church founded by the Mission and Ona dar Cliffe (some more pidgin – It literally means “on the cliff” which is precisely right). More about the church later when we visit the church on Sunday. In 1920 the Mission was relocated from Norfolk Island to the Solomon Islands to be closer to the focus of population

Ona dar Cliffe (Norfolk for “On the Cliff”), is a retreat like an oversize scout camp which the tour company controls and uses as a morning tea stop in this tour. It was sprinkling all day, so we were thankful for shelter. The grounds do end at a cliff, but the adjoining property and its two cattle and calf caught my eye. I am told that the cattle are a Canadian breed, but I could not find out anymore.

Lone Pine, the back of the golf course and the cemetery beyond, the old lime burner pit and salt mill, those cattle and looking off the cliff

After morning tea, we went to the church and then south to “Lone Pine” on Hunter’s Point between Slaughter Bay and Emily Bay below our apartments the two most popular swimming spots – you don’t have to jump off a cliff to have a swim. There is a second settlement derelict salt mill on the Point and evidence of a smelter to obtain lime from a rocky reef and the evidence of the earliest settlement by Pacific Islanders which remains buried by sand for its protection. Native to the island, the evergreen Norfolk Island pine is a symbol of the island and is pictured on its flag.

The tour bus returned us to Taylor’s Road, and we returned to our apartment for a lazy afternoon. It continued to shower/rain and the wind was howling. After an afternoon nap it is off to the RSL for dinner. They are champions of the raffle. All night they were raffling something, and the same crowd seemed to be winning and it was not us. We left them as I was expecting they would start cockroach races shortly and I think they kept them in the kitchen.

Tomorrow we venture out on our own.