This was disrupted by a further commission to Michelangelo to decorate the wall above the altar with The Last Judgment, 1537–1541. The painting of this scene necessitated the obliteration of two episodes from the Lives, the Nativity of Jesus and the Finding of Moses; several of the Popes and two sets of Ancestors.”
Debra stated that the artist by this timing knew the end of his life was near and he made some important statements in his painting. One was to show all figures naked as that is how we are born and that is how we pass into heaven. According to Debra Carafa put up quite a stink but until Michelangelo died the figures remained naked. The genitalia in the fresco were later covered by the artist Daniele da Volterra, whom history remembers by the derogatory nickname “Il Braghettone” (“the breeches-painter”).
“The Pope’s Master of Ceremonies Biagio da Cesena said “it was most disgraceful that in so sacred a place there should have been depicted all those nude figures, exposing themselves so shamefully, and that it was no work for a papal chapel but rather for the public baths and taverns,” In response Michelangelo worked da Cesena’s semblance into the scene as Minos, judge of the underworld. It is said that when he complained to the Pope, the pontiff responded that his jurisdiction did not extend to hell, so the portrait would have to remain. Michelangelo also painted his own portrait, on the flayed skin held by St Bartholomew.”
At this point in the tour we were offered to stay and view the other museums or proceed onto the Basilica. At this point the tour had run for 2.5 hours and we had had enough so we proceeded to St Peter’s. This is truly enormous. Built to be the centre of Christianity for the world it is completely awe inspiring. I will leave you to view my pictures which barely touch the surface of what makes up this temple. We finished our tour with a visit to the crypt where many of the past Popes have been laid to rest. On departing we had our first glimpse of the Swiss Guards in their traditional costume. These blokes are serious guards of the Pope and there are some 130 odd of them. In addition the Vatican has its own Police force again about 130 of them.
As we left we took photos of the grand entrance (St. Peter’s Square) which strangely Mussolini built for the Pope following the signing of the Lateran Treaty between Italy and the Vatican. Time to return to Via Germanico collect our Omnia passes and grab some lunch. 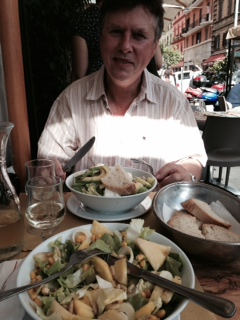 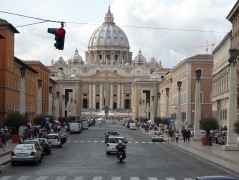 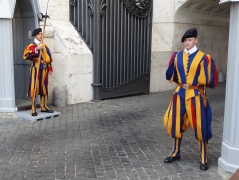 Great camouflage amongst the bits and bobs in the Vatican 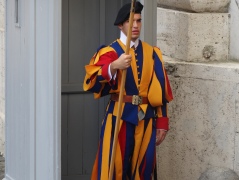 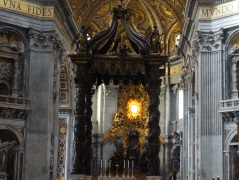 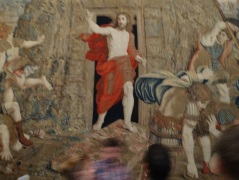 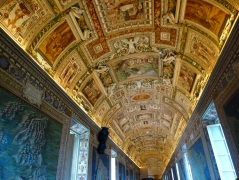 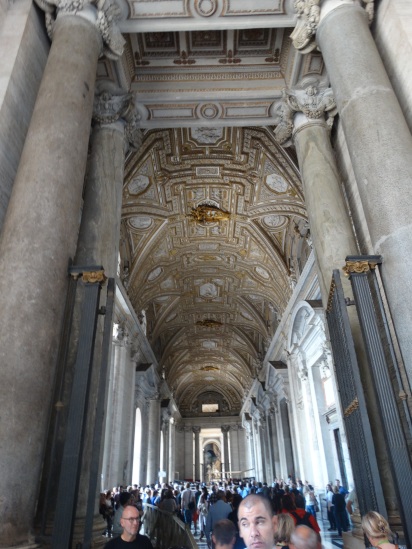 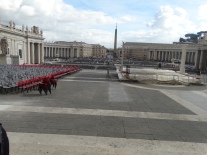 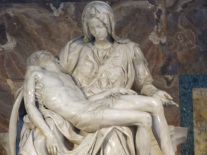 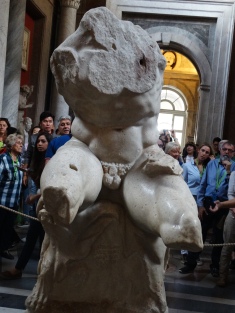 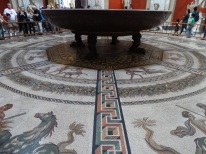 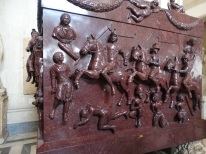 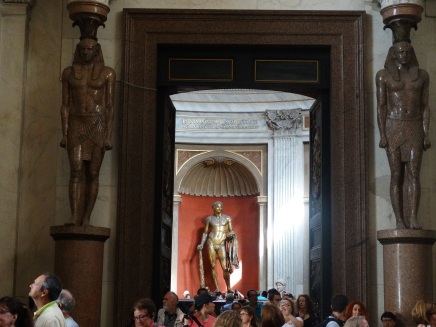 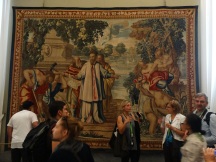 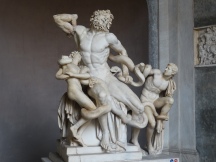 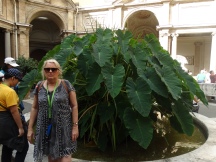 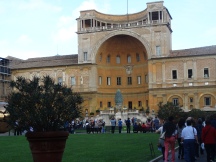 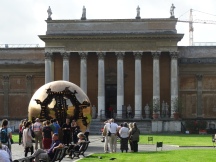 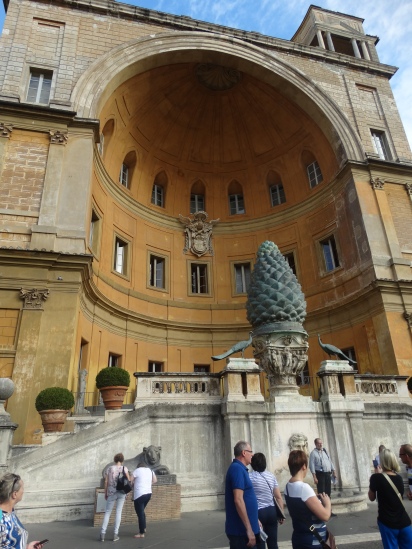 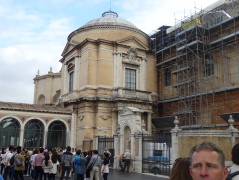 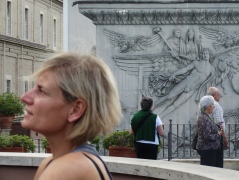 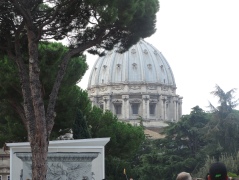