We had a traditional roast lunch at a pub in Cirencester before driving north towards Long Eaton. We were travelling on minor roads so when the sign to “a roman villa” appeared we were able to take a sharp left hand turn in the direction indicated by that sign. Although it had been wet throughout the day the rain was now easing and that damp chill for which England is famous was now hanging in the air, so any detour had better be worth it.

I know I have stated we have travelled some minor country roads but this was down to the ridiculous. And winding through country side that was last seen by the Romans – or so I thought. 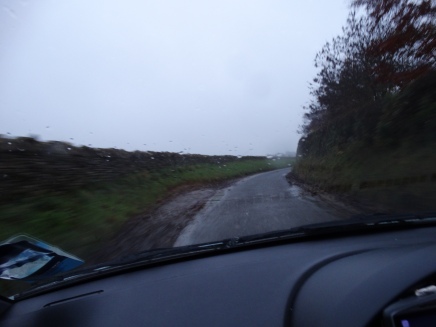 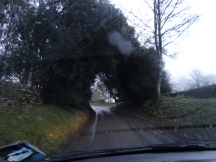 But as the sign had said we finally came upon the ruins of the Chedworth Roman Villa. Discovered by a gamekeeper in 1864, the ruins were first dug to reveal the extensive walls, bath houses, and fine mosaics. In the 19th century Lord Eldon constructed a timber shelter for the most delicate remains and ran a small museum. In 1920 the Villa was purchased for the nation through public subscription. It was acquired in 1924 by the National Trust who have conducted a long-term conservation programme, with new on-site facilities and cover-buildings.

The Chedworth Roman Villa is one of the largest Roman villas in Britain. The villa was built in phases from the early 2nd century to the 4th century, with the 4th century construction transforming the building into an elite dwelling arranged around three sides of a courtyard. The 4th century building included a heated and furnished west wing containing a dining-room (triclinium) with a fine mosaic floor, as well as two separate bathing suites – one for damp-heat and one for dry-heat. It is debatable among historians whether Chedworth was indeed a farm or in fact a religious hostel, there is evidence to support both of these arguments, however most historians believe that Chedworth was a farm, owned by a very wealthy Roman.

It was located just off the Roman road known as the Fosse Way, and 8 miles (13 km) north of the important town of Corinium Dobunnorum (Cirencester). It was one of about fifty villas in the Cotswolds, and one of nine in just a 5 mile (8 km) radius. The villa was located next to a natural spring in the north west corner of the complex, which was the villa’s main source of water.

In recent times, it emerged that the Victorian efforts at conservation on the site were outdated and that the early conservation shelters weren’t providing sufficient protection. The National Trust built a new conservation wrap as well as a reception and learning facility for the archaeological site. The new £2.2m project was completed in March 2012. 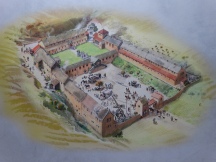 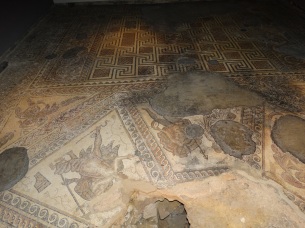 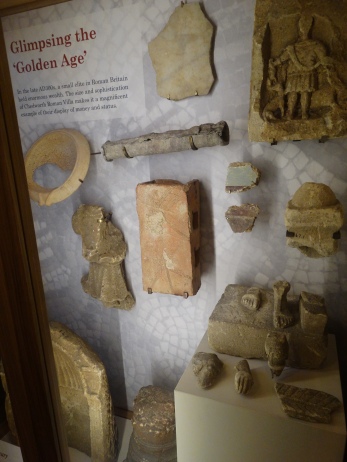 This was a dramatic find off the beaten path and one certainly worth a visit.