As most of our friends know we are members of the Rotary Club of Woolloongabba and during our visits to the UK we have made a point of attending meetings here in Nottingham and elsewhere like Whitby and Saffron Waldron. The members of Nottingham Rotary Club have been very welcoming and where possible we have participated in their club functions.

On Friday February 6, the club celebrated its 98th anniversary of its charter as a club by its mother club Edinburgh. This charter night was celebrated at the Senate Room of the University of Nottingham with the Vice Chancellor of the university the keynote speaker and after dinner the President of the Students Association spoke on the way in which the students organised themselves to raise over £1.7m last year.

The evening started with a reception in the council rooms above the senate and then proceeded to the dinner in the senate. After dinner the Quiz (entitled Universeally Challenged) was circulated and thanks to a team effort on our table we won 1st prize with 14 points out of 20. The challenge was to share 4 bottles of wine amongst ten people.

The function was well attended with the District Governor Steve Lawes, our Assistant Governor, and Presidents and members from other clubs including our own Long Eaton Sunrise Club. Cannot avoid it now – we have to go to an early morning meeting at Long Eaton.

Below are a series of photos of the evening. 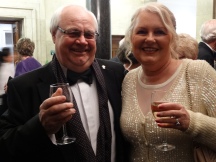 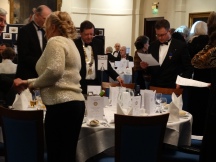 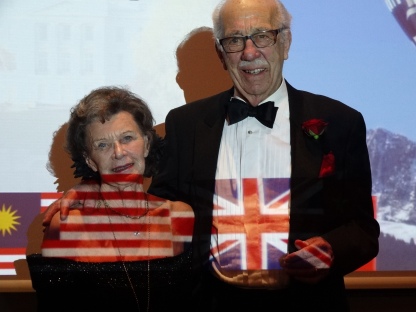 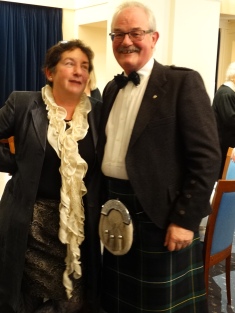 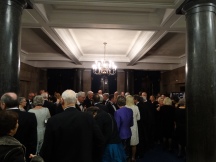 The following evening we attended a band concert by the Band of the Irish Guards at the cathedral for St Mary the Virgin, High Pavement Nottingham. The concert was in aid of ABF the soldiers’ charity. We attended as much out of curiosity as a love of military band music but rather to support a worthy cause.

We pulled up and parked right outside the church and behind the Lord Mayor’s car – we recognised him and his wife from having met them at the club. The Church is huge in the way that cathedrals are always huge but this one was quite austere and severe in its plain finishes. However it was a perfect setting for the band in their red jackets and shining brass instruments. It was a true military band – the conductor was a Lieutenant Colonel, the Band master a Warrant Officer 1st class and the instruments played by warrant officers, sergeants, corporals, and lance corporals.

Their repertoire included classical (Overture to Orpheus in the Underworld) folk (Danny Boy) marches (Colonel Bogey) Theatre (Lord of the Dance) and songs (What a Wonderful World). Unfortunately the audience was quite small for such a professional show so I don’t think they made much profit. However that is the story with fund raising – it is always a hard slog. Here are some of my photos from the evening. 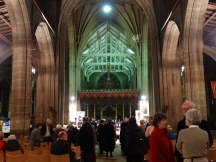 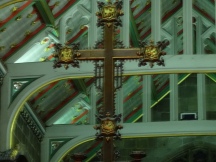 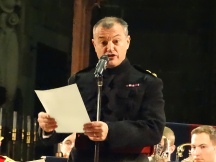 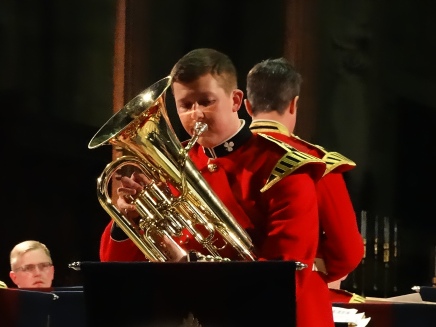 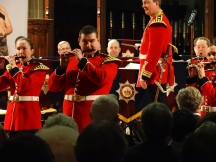 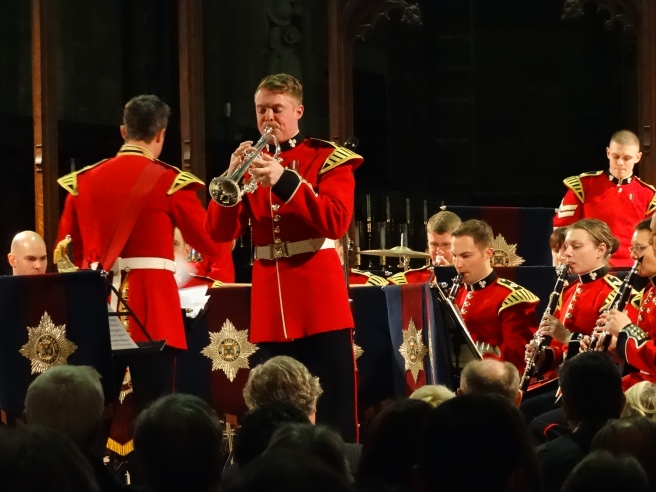