The sky is clear and blue as we leave the apartment. The apartment is in an old building where the door is wide enough for one slim person and the stair case very steep.

We caught the tram down this morning, arriving at the ferry terminal. The wind carries a chill and Kerry is already complaining about not having brought her coat. We visit the Metro station to plan for future trips whilst we wait for the ferry to open. Finally the gates open and the crowd rushes in – unbelievable the attitude of some French tourists pushing their way through as though they are the only people of importance. There is another cruise ship docked in the river and we are able to make out the 16 kilometre bridge crossing the Targus just west of us.

Our first port of call is Almada and we have no idea what we want to do. Most people come here to walk for an hour and visit the Christo Rei a towering Christ statue on the southern bank of the Targus. But not us. I spot the masts of a three masted man-of-war in dry dock and head straight for it. The Frigata “Dom Fernando II E Gloria” a wooden hull fifty gun frigate of the Portuguese Navy launched in 1843 after being built in the Portuguese colony of Daman India and was the last navy sailing ship in the Portuguese Navy. It has been restored to its fit out as at 1850 and is open to the public. Excellent restoration and brilliant historical descriptions tell you the story of life on board as you traverse the deck and below decks of the ship. The powder room was a surprise – lined in brick it was illuminated by lamps in the adjoining room to save an embarrassing incident. In the dry dock alongside is a submarine presumably awaiting restoration? 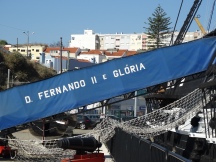 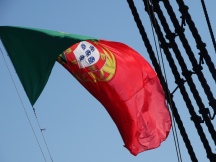 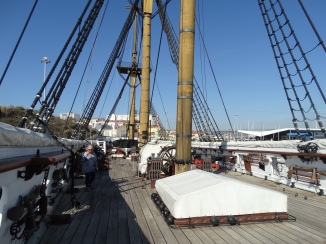 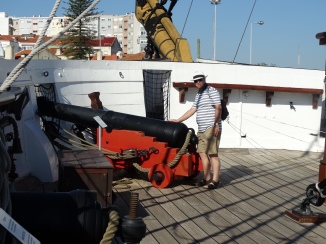 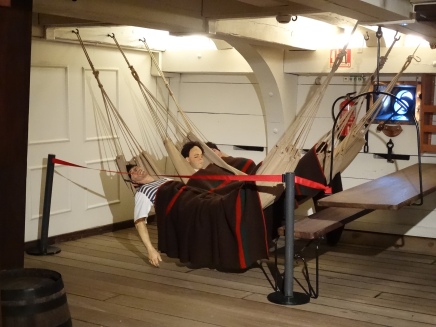 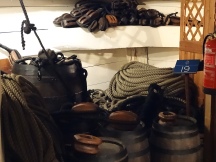 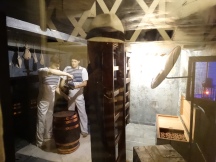 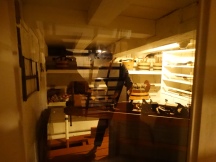 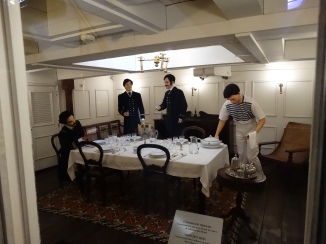 We the strolled through Almada taking the route pilgrims and tourist would take to the Christo. Of course we did not go all the way only as far as the tourist information centre in the old fire station. On the way to the TIC we saw a local shop keeper starting a BBQ on the footpath using a hair dryer as billows and on the way back to the boat he had it started but was super heating it with the hair dryer and a pipe to channel the forced air to the base of the coal fire. 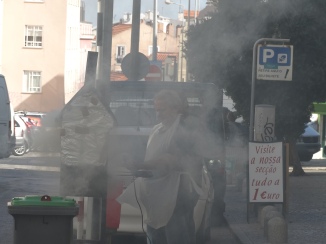 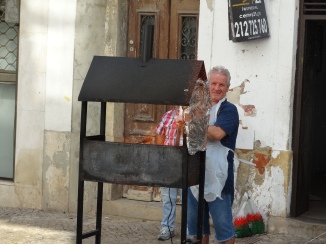 As we waited for our boat we watched the large brown jelly fish floating in the river. Boarding the boat we headed for Bellum an outer suburb of Lisbon and passed the Christo Rei, the look alike Golden Gate Bridge, the monument to Prince Henry the Navigator and all the Portuguese explorers who followed him and the “Tour do Bellum” a remnant of the guard towers along the coast and waterways. Lunch was a bagel at the cafe de curb and eaten looking at the fountain. Then we went to the church of Jeronimos Monastery. What a place. We have seen churches from the Sistine chapel to the cathedrals of England but this was a surprise. It also holds the tomb of Vasco de Gama the Portuguese explorer from the 15th century who prayed with his crew for safe return from the Orient in 1497 in the church and one of Portugal’s most famous poets form the 16th century Luis Vaz de Camoes. After spending most of our time at the church we made a quick pass by the Presidents Lodge and back to the boat. 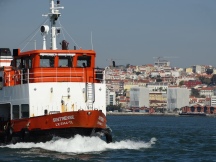 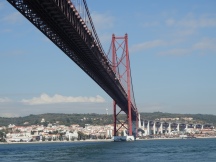 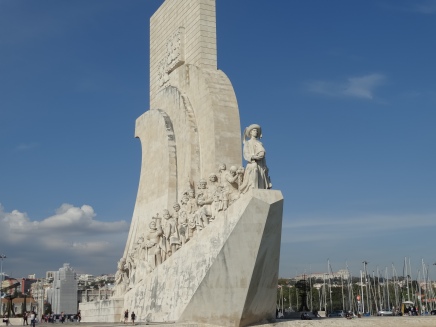 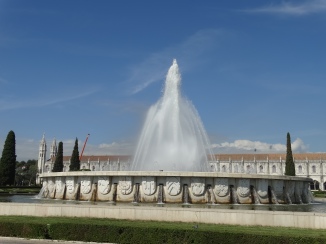 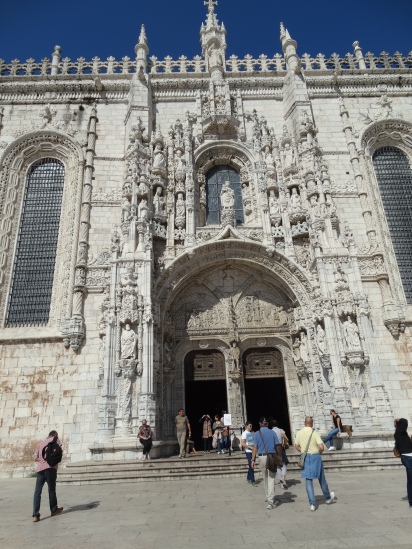 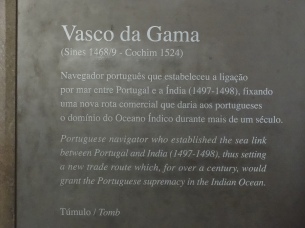 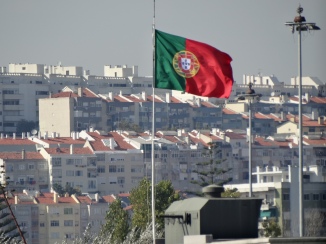 By the time we returned to Lisbon and caught a tram to our apartment it was too late to do anything but crash. The weather had remained fine and became hot but rain was promised for tomorrow.