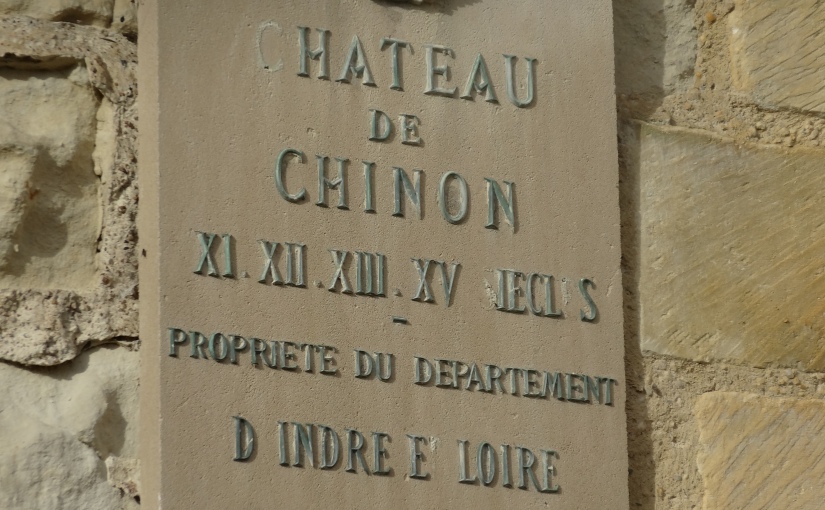 Next morning breakfast in our hotel room (porridge and a cuppa) and then travel onto Chinon and the Fortresse Royale. Amboise was like any village you see all over France – history in every house and town planning for donkey carts and pedestrians. I enjoyed the town but I am a 21st century boy and looking forward to an Ibis Hotel in Poitiers.

On the road again and we made good time down to Chinon. As seems usual in France our GPS “Tommy” has difficulty finding its way in the villages but this time it was the town of Chinon. “Turn right” it said and all I could see was a barely sealed road connecting houses with an uncertain end round a corner. So I missed the turn but my co-pilot insisted we go down that path. Within 50m we came to a round-about and on the third exit a bloody big sign “Chinon – medieval citie” and “Fortresses Royale – Parking”. Under co – pilot instructions I went back to the muddy lane and down we went until we shocked a french woman walking her dog who politely told us yes you can get to the fortress this way but it is better to go over there as there is parking for the car (at least that is what we determined as she was as good with English as we were with French – avoided running over the dog).

Got to the parking and then to the visitors centre then to the fortress. Sited on a rocky outcrop (as usual) it towers over the city. It is actually three forts in one. The oldest Coudray Tower is where the last of the Knights Templar were held after Louis Phillipe ordered the arrest of all members of the temple. The Middle Tower contains a very interesting display on the history of the fort (last used for military purposes in the 15th century) the visits by Joan of Arc to Charles VII and the archaeology discoveries. It also contains the bell tower (which we climbed after it rang 12noon) and this is an additional 5 stories above the fort and probably 100m above the city. (It is said that the bell has rung over Chinon since 1399 and this is where the “Plantagenets” started life when Geoffrey V Count of Anjou took the nickname “Plantagenet” after a sprig of broom he wore in his hat and his son Henri II became King of England through his mother). So Chinon remained a little bit of England through Richard the Lion Heart and then King John who lost the fortresse to Phillippe Auguste King of France and Chinon became part of France for the first time. As you can see I enjoyed this part.

Finally, there is the Tower of St Georges which was not really part of the military defences but the royal suites and administration centre for France under Charles VII. The emblem for the city is three towers. After the reign of Charles VII Chinon lost popularity and the last fortification work was in 1560. Thereafter it fell into disuse and comes close to destruction in 1854. In the intervening period many parts of the three towers and principally the third one is destroyed (the visitors centre is located where the third tower once stood). It is now a listed historic monument and as you can see some significant historical moments occurred here. Great fun for me not so much for Kerry who become angry and distressed (and rightly so) when I went exploring in the Coudray tower and the cells below ground. 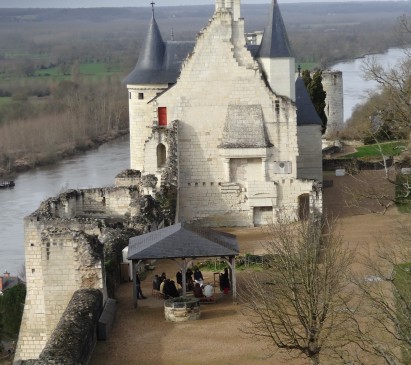 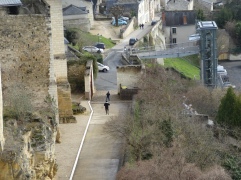 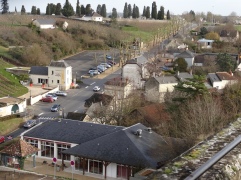 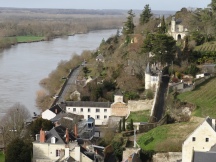 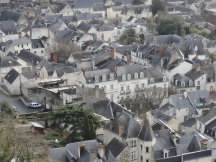 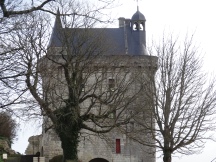 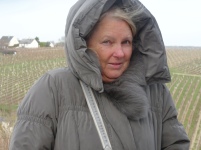 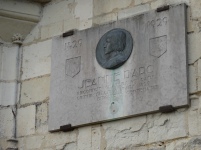 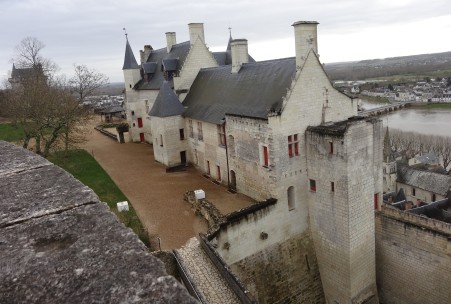 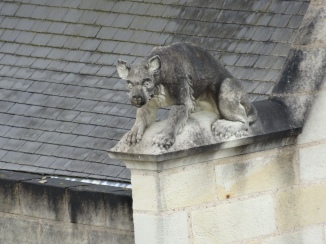 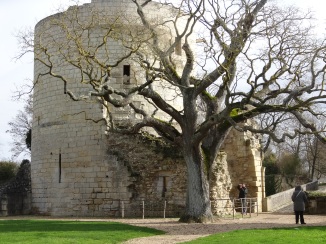 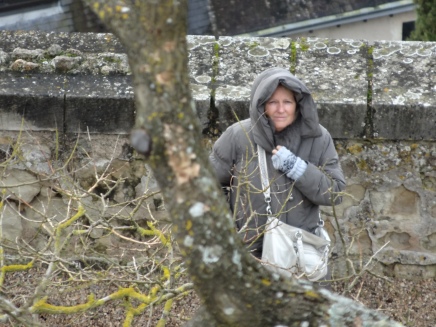 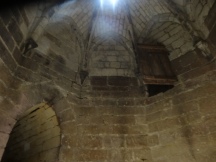 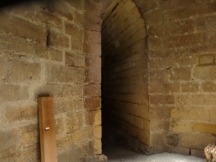 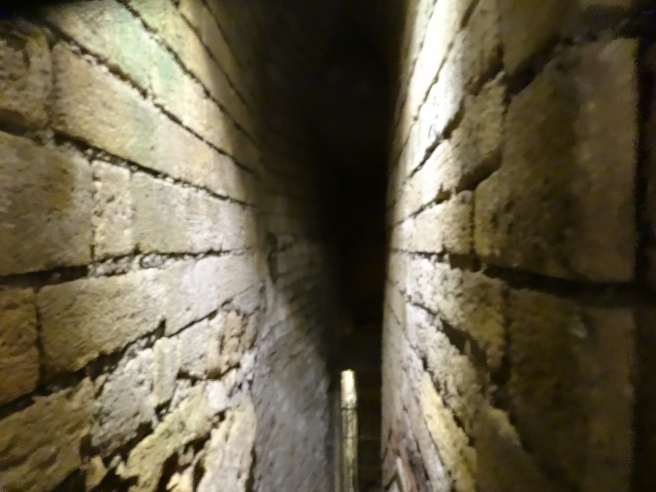 It was in those cells that I learned the history of the Templars and their end at Chinon. In the royal palace at Chinon, Jacques de Molay the 23rd and last Grand Master of the Knights Templar, leading the Order from 20 April 1292 until it was dissolved by order of Pope Clement V in 1307, was questioned by the Pope’s cardinals, this time with agents of King Philip IV of France present. During forced interrogation by royal agents in Paris on 24/25 October, Molay confessed that the Templar initiation ritual included “denying Christ and trampling on the Cross”. He was also forced to write a letter asking every Templar to admit to these acts. Under pressure from Philip IV, Pope Clement V ordered the arrest of all the Templars throughout Christendom. He recanted the admissions but at Chinon he returned to his forced admissions made in Paris. In November 1309, the Papal Commission for the Kingdom of France began its own hearings, during which Molay again recanted, stating that he did not acknowledge the accusations brought against his order. Molay is the best known Templar, along with the Order’s founder and first Grand Master, Hugues de Payens (1070–1136). European support for the Crusades had dwindled, other forces were at work which sought to disband the Order and claim the wealth of the Templars as their own. King Philip IV of France, deeply in debt to the Templars, had Molay and many other French Templars arrested in 1307 and tortured into making false confessions. When Molay later retracted his confession, Philip had him burned upon a scaffold on an island in the River Seine in front of Notre Dame de Paris, in March 1314.

We notice there is an elevator on the side of the cliff about 50m from the visitors centre so we went in search of a hot chocolate in the town. Just like Amboise its design is from other eras and has a mixture of the oldest and the older throughout. Found the hot chocolate in a Tabac – not much open on a Sunday. 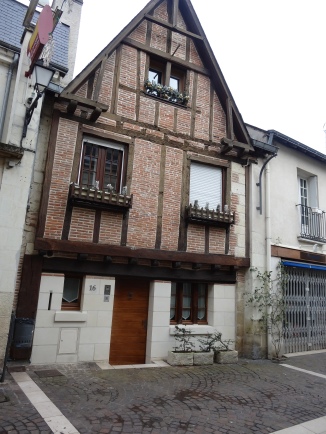 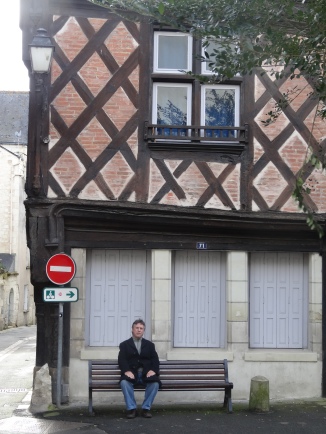 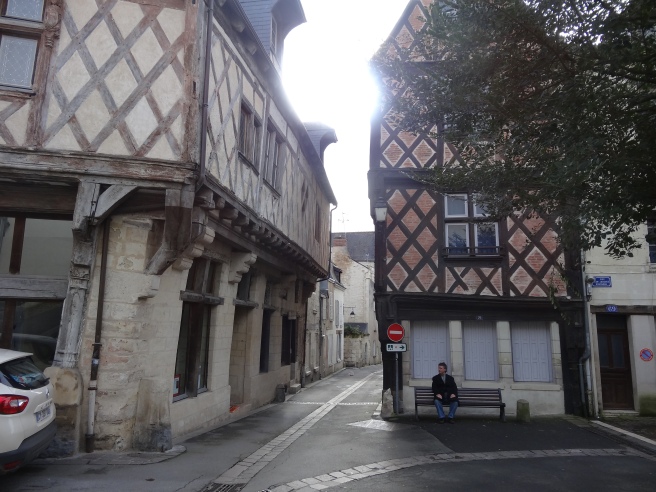 Had a sandwich in the car then off to Poitiers. We arrived about 2.00 booked in settled in and I had a nanna nap. After dinner in a very interesting pub called Au Bureau we strolled the streets and are keen to see it all in daylight.