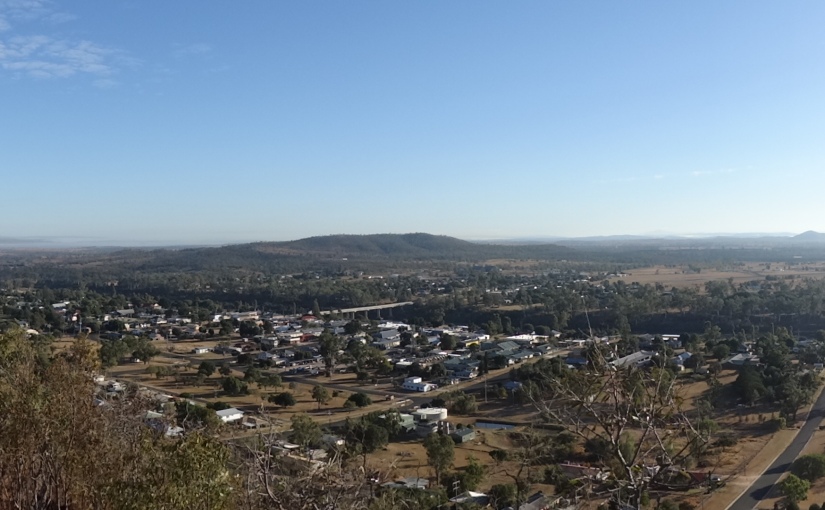 About 5 hrs north by north west of Brisbane is the rural town of Gayndah. Renowned for its citrus, Gayndah is on the Burnett River and the Burnett Highway passes through the town. Apart from the citrus, the land is used for cropping and grazing. The Gayndah Orange Festival is held every two years to celebrate the citrus industry.

Exploration of the Gayndah area began in 1847 by explorer Thomas Archer and Surveyor James Charles Burnett. The first European settlers arrived in 1848, and the town was established in the following year. A post office was established at Gayndah in 1850. This suggests that Gayndah may be the oldest officially Gazetted town in Queensland though, a convict colony of 47 people existed on the Brisbane River, CBD site in 1825.

We left Brisbane at 2.00pm for an overnight stay with David and Veronica at David’s family home. Arriving at 6.30pm we were made warmly welcome by June, David’s Mum who sat us down to savoury mince on toast. A few wines and a good chat then off to bed as we have an early start tomorrow.

Kerry had an early morning appointment, so David and Veronica gave me had the grand tour of the town. Starting with the Big Orange and “Gay Dan” the mascot of Gayndah, we then moved onto the Duchess. Duchess Mountain is immediately to the south-west of the town and at 190 metres (620 ft) provides excellent views over the town (100 metres (330 ft) above sea level). 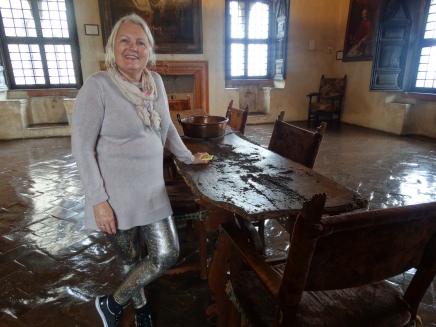 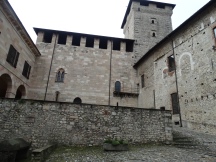 the Hall of Justice

some of the original murals 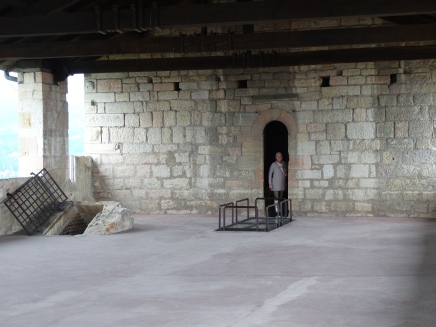 the open platform you see from the courtyard

We then visited David’s old primary school St Joseph’s, and the former St Joseph’s convent next door now the Arts and Cultural Centre.

view from the top of the Keep

When the enemy storms – inside the keep

stairs to the watch tower

Then we picked up Kerry and off to Mt Debatable, a tabletop hill on the south western side of the town. The views of the countryside were remarkable. Leaving the top of the hill we circumnavigated the town to enter Gayndah from the north and then cross the Burnett River on our way home. 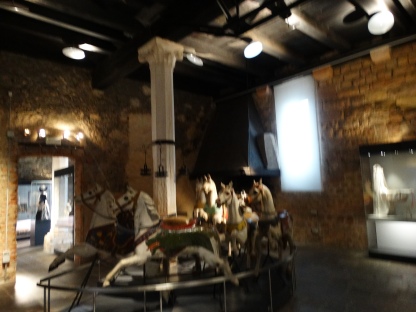 the horses from an old carousel

Doll museum – note the torso is made of dolls heads

Are you being served? 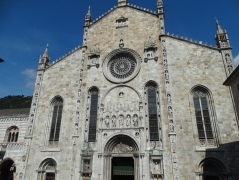 Como Cathedral – we sat in the square and had lunch with this as our backdrop.

This is only a small snap shot of Gayndah as we had to leave to return home promising to return again.