I had planned that we would venture to the 4 points of the compass while staying at Rothbury. So today it was south west (my compass points are not the traditional) to a lookout the name of which I have forgotten and which judging by the state of the road most other people had forgotten. We headed into Pokolbin passed Barringbah Wines and Ivanhoe vineyard up into the mountains. A steep narrow road but sealed all of the way until we came to a hairpin bend. We had a choice; follow the bend or turn right into a forestry road. We chose to follow the bend and ended up on a rise with the road ducking down once more going God only knows where. I was satisfied that this point must have been the lookout the tourist guide referred to but who knows – there was nothing there to indicate anything, however the road did widen to allow parking on one side. It did provide beautiful views of the Hunter.

Evidently the lookout had some notoriety locally. One of the fence posts served as the resting place of at least 3 memorials of former residents of the valley. I don’t know if the persons identified had been buried on that stony ridge or relatives had just placed a memorial and their ashes spread on the winds. If there be an afterlife then this is one spot I would choose to look at forever. We spent some time taking in the view. I don’t know if it was the thought of the winding road or whether to explore and verify this was the lookout but finally we broke the spell and returned down the mountain passing a bison – Yes bison on the way. 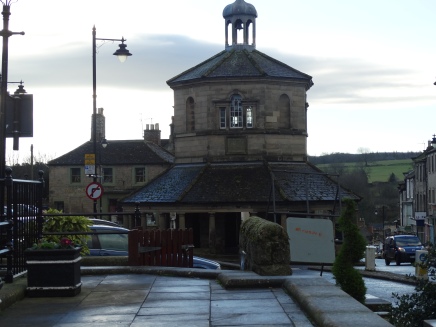 We stopped at Barringbah Wines for a devonshire tea where we were told that the bison herd (not just one a herd) was run on so and so’s farm up the mountain. Another surprise, Kerry saw grapes on the vine. Now we are normally visiting vineyards in May after vintage so apparently, she had not seen grapes hanging from the vine before! Baringbah is nestled in the foothills of the imposing Brokenback Range, surrounded by rolling vineyards and the cellar door and cafe is built in an early bush slab hut style in a picturesque part of Pokolbin and a complete contrast to its neighbour Ivanhoe Vineyard. After the devonshire tea we went to the cellar door where I bought a liqueur muscat called Liquid Christmas Cake – something to sample at the appropriate time.

Owned and operated by Stephen and Tracy Drayton since 1996, the Ivanhoe Estate is renowned for its gutsy reds and great whites. A fifth-generation member of the famous wine making Drayton family, Stephen brought the historic Ivanhoe vineyard to life with his own style and passion. Ivanhoe is picturesque and manicured to within an inch of its life. From the strident colour of the cellar door building to the stainless-steel entwined hands standing 3 m high at the front door this vineyard suggested expensive. We were delighted that our impression was wrong as we topped up the suitcases even further.

Our last day in the Hunter and we headed north east. I had noticed the Rothbury cemetery was marked on the tourist maps so I thought it must be interesting. However, finding it was another matter indeed. We even went into one of the vineyard cellar door to ask where to find it. Admittedly the cellar door was closed, and we spoke to two electricians doing some repairs but they had no idea. They did not have a clue. As we drove out of the cellar door driveway ready to give up, we noticed an old weathered directional sign pointing back in the direction from whence we had come but on a different track. There behind the cellar door building and the machinery shed was the cemetery. It holds the remains of many of the early settler families of the Hunter, many in family plots holding generations of the same family. Murry Tyrrell the famous wine maker of the Tyrrell family his dad and his wife all in the same plot.

I also saw a memorial to a coal miners strike marked on the tourist map at North Rothbury. Before wine the valley was mined for coal and in 1929 – 1930 there was a strike and a miner was killed leading to this memorial. On 16 December 1929, New South Wales Police drew their revolvers and shot into a crowd of locked-out miners, killing a 29-year-old miner, Norman Brown, and injuring approximately forty-five miners. The incident became known as the Rothbury affair or the Rothbury riot, and is described as the “bloodiest event in national industrial history. The memorial was not much to look at sitting on the side of the road probably ignored and forgotten about but clearly significant to the people who once mined coal in the Hunter a long time past.

We drove to the edge of the valley and found a pub serving cold beer and hot schnitzels in air-conditioned comfort. After lunch it was time to think of heading home to Brisbane. So we returned to our apartment for the last time as the next morning we were meeting Clive Jnr (Sonny) to hand over the car and fly to Brissie. Once again, the GPS guided us to the airport outside Newcastle. Now you might think that meeting someone at an airport that you had never met before might present a problem. We were told we would know Sonny when we saw him. That statement was so correct. If I told you the car was a Masda 2 and I did not think Sonny could fit in that might explain. With the car labouring off we went inside a very pleasant country terminal for a gentle ride back to Brissie and the end of a very busy 10 days on the road.