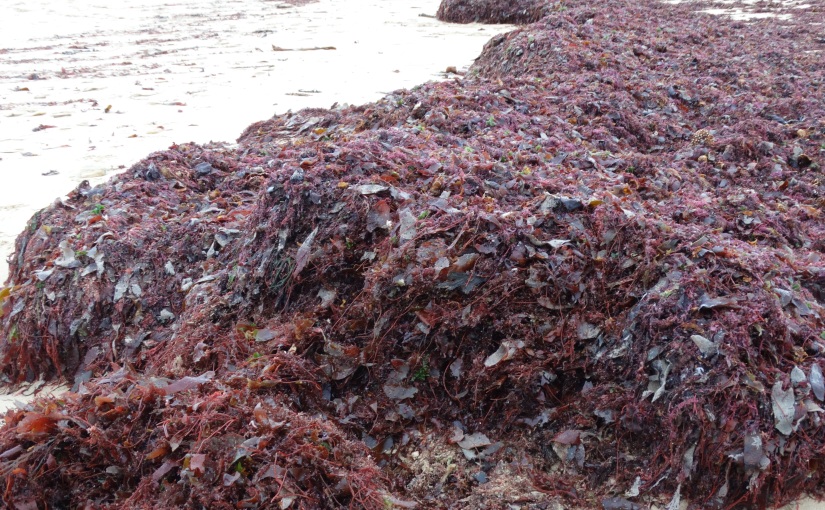 Lying just off La Rochelle are the islands of Ile de Re and Ile d’Oleron. We only had time to visit Ile de Re this time. 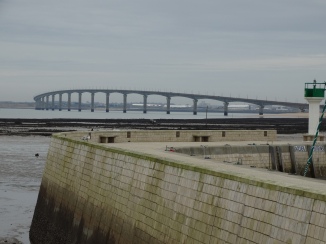 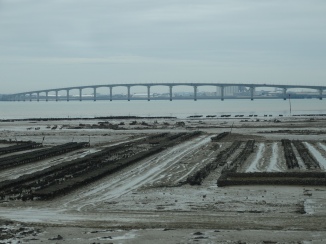 An impressive new bridge and an expensive toll now give easy access to the island and its oyster farms. There are also many residents on the island with a number of villages dotting across it. We drove out to the most westerly point through fields of grapes (that is an interesting terroir for wine grapes) and ponds of oysters. As you might expect the western point was wind swept with large masses of mixed sea vegetation bundled up on the beach. A very interesting colour and contour across the beach. See the featured image at the beginning. 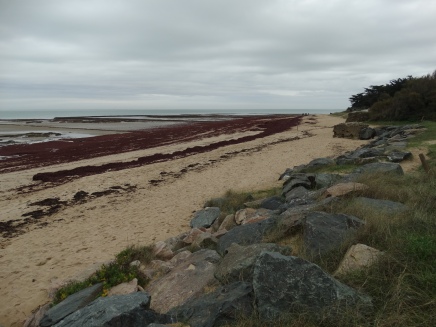 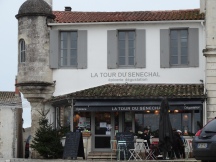 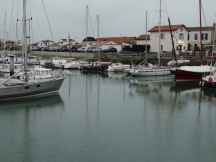 The island is popular as a tourist destination with pretty villages across the island. We called into Ars en Re. We were drawn by the unusual spire on its church and then by its picturesque setting. As we strolled through the streets to the marina it commenced to rain driving us into a local emporium of ales and brews. The ceiling was covered with memorabilia and there on the wall was a photo in sepia shades of three of the 19th century’s most powerful men – King George V of Great Britain, Tzar Nicholas of Russia and Kaiser Wilhelm. George and Nicholas were almost twins but Kaiser Bill had little family resemblance. Strange that with all three being cousins. 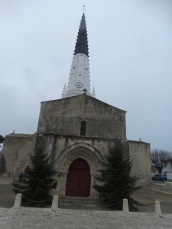 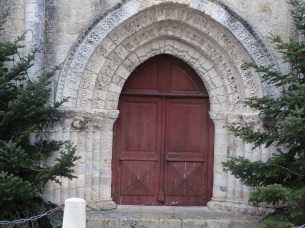 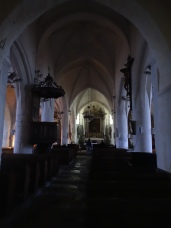 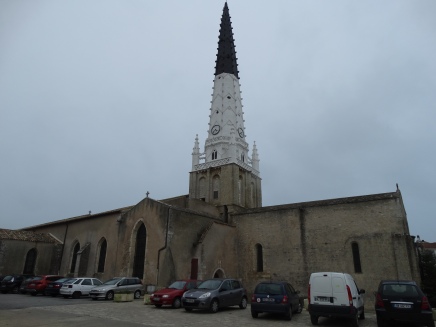 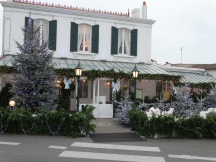 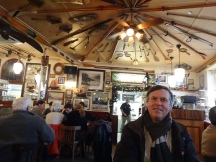 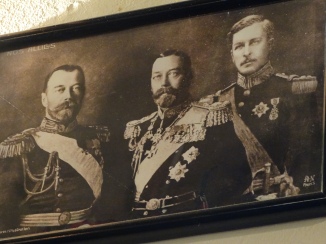 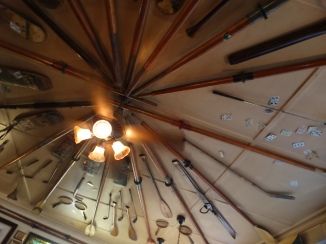 The sky was beginning to drain of colour and we did not want to be travelling in darkness back to Dampierre it being so rural that without the moon to show the way we would travel in pitch black darkness.