Sunday, breakfast was most needed. Doug and Nerida will go to the Louvre (its free every first Sunday of the month) and we will walk to Pont D’Ilema then along the Seine hopefully as far as Pont Tolbiac and the National Library but the camera dies around Pont Alexandra III, so we cross over to the right bank and go on down to the Louvre for coffee at Cafe Marley. Along the way we saw life on the Seine and the Parisians exercising there and the Parisians living in boats and in cardboard there. Left the cafe and went out to Rue de Rivoli along past St Germaine Eglise and back to Quai du Louvre and walked onto Pont Neuf checking out “les Bouquinistes” the booksellers along the Seine – very quiet with many of them closed. Returned to the Louvre entering via Quai du Louvre (the queue for the pyramid commenced from that entrance and ran through that courtyard through the archway and into the main courtyard up to the crowd controlling zigzag lines and then into the Pryamid – a 45 to 60 minutes wait to get in). After waiting 10 minutes Doug and Nerida appeared. 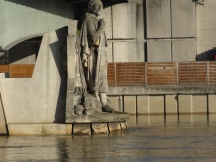 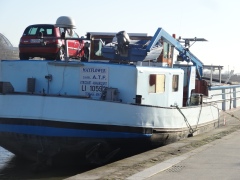 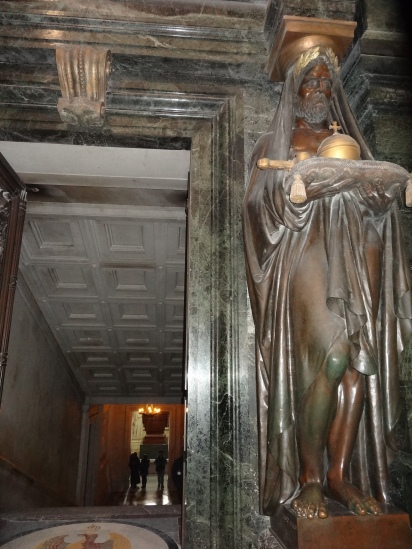 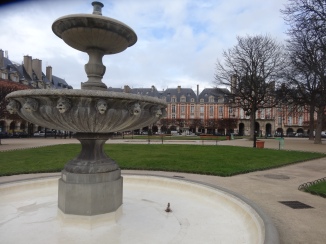 We planned to meet our friends Dianne and Svein Koningen from Bruges here in Paris. Diane had rung to confirm they would be somewhere along canal St. Martin and Kerry worked out this was near Place de Republic and close to Temple – we had been here before but still had no idea where along the canal they would be. Caught the Metro to Republic and then got the call with vague instructions that they were in a restaurant near a carpark in Rue Eugene Varlin. We’ll take a cab. Found the cab rank and asked the driver who had no idea where it was. Kerry is already in the cab and I’m headed for # 2 on the rank when he says “I have gps”. So we all pile in and he realises for the first time there are 4 of us and I want the front seat so he has to move all his belongings so we can all get in. Then we get to where he wants to turn and the street is closed and the next one and the next one (it would have cost us €3 but he had to find a street that was not closed or at least close enough for us to walk) €6 later we land in a street and walk three blocks to find Le Robinet d’Or a nice bistro in the back streets. We had a fun lunch catching up and when it came time to leave Doug and Nerida travelled with Diane and Svein back to Rue de Passy while Kerry and I walked the canal back to Republic (well not quite that far but the Metro before it) caught the metro changed trains and caught another Metro to La Muette and walked back to the hotel before the others could drive there.