Although late to bed the next morning we were on the move early to travel to Sarlat la Caneda another 280 klms south. Unlike previous travel our Tommy took us along some very rural roads to Limoges before we journeyed on a freeway. This made a nice change as we were able to view the countryside and the vistas as we headed into the Central Massif. Also the weather took a turn for the better with the cloud breaking up and as we drove into the valley toward Sarlat we were in brilliant sunshine. On reaching a little town outside Sarlat we reappraised our itinerary due to the improvement in the weather and decided to travel to Chateau Castelnaud but fortunately we found Chateau Beynac instead. 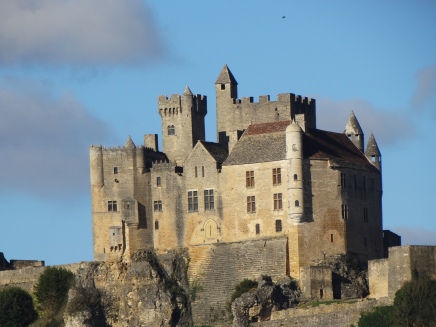 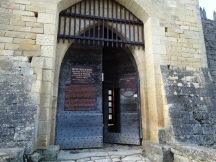 This Middle Ages construction, with its austere appearance, is perched on top of a limestone cliff, dominating the town and the north bank of the Dordogne River. It is worth reading about this chateaux in Wikipedia but what Wikipedia does not tell you is that Richard I (Richard the Lionheart of England) captured the Castle and it remained in English possession for 10 years til Richard was killed and then recaptured and lost again during the One Hundred years war. There are some rooms in the chateau fitted out with Lionheart memorabilia. One of the features is the dungeon and torture implements.

I got really excited about this chateau. It is truly situated in a magnificent location and the views still astound me when looking at the photos. 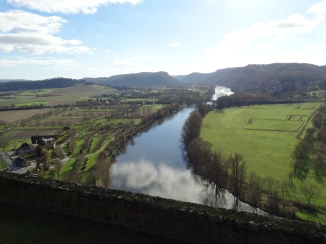 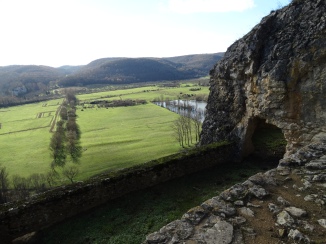 Inside the chateau was like returning to that time with braod swords at the ready in the end of tables and the crossbow on the wall. Even the dungeon had that feeling of macabre with instruments of torture still in place ready for the next victim. Now I think this is off the beaten track for most Australian grey nomads. 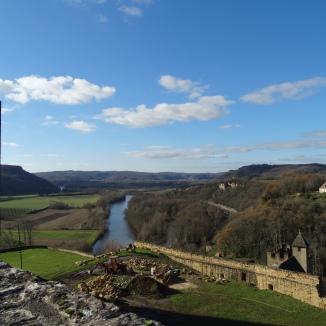 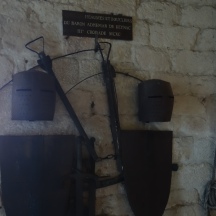 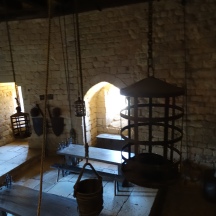 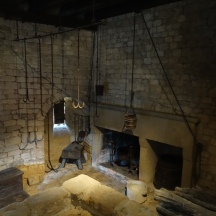 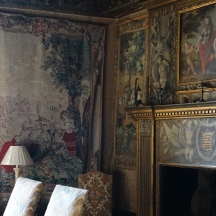 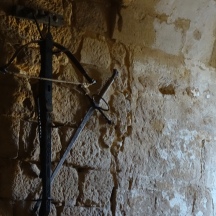