Our next port of call was Lascaux Caves II. This was one of the coldest day we had experienced so far. After scraping the ice off the windows of the car we loaded up and set off. “Lascaux (Lascaux Caves) is the setting of a complex of caves in south western France famous for its Palaeolithic cave paintings. The original caves are located near the village of Montignac, in the department of Dordogne. They contain some of the best-known Upper Palaeolithic art. These paintings are estimated to be 17,300 years old. They primarily consist of images of large animals, most of which are known from fossil evidence to have lived in the area at the time. In 1979, Lascaux was added to the UNESCO World Heritage Sites list along with other prehistoric sites in the Vézère valley.” (Wikipedia)

The caves were sealed by a land slip and rediscovered by a small dog falling into an opening of the caves and its school boy owner climbing in to rescue the dog. The caves were open to the public until it was found that even the breath of the visitors was causing damage to the paintings so they were closed and now can only be visited by scientists a maximum of 300 hours per annum. The French have exactly recreated part of the caves in a tourist attraction nearby and are presently recreating all of the caves in a new exhibit closer to the township of Montingac. Even though these are only replicas it is extraordinary.

The caves themselves are extraordinary evidence of the intelligence of Palaeolithic people. For instance they have found evidence that the artists used scaffolding to enable them to paint on the ceiling, used reindeer fat with birch wicks (birch does not smoke) to provide light to paint by and used the surface of the rock wall to emphasise the shapes of the animals they painted. there are pictures of horses, lots of horses and deer painted on the walls but not all the walls but mainly the upper part to the ceiling due to the rock structure and the fact that water had probably run through the caves at various times.  No photos allowed sorry due to copyright issues. So just a few pictures of the visitors centre, the entrance and a frozen bush and the link to the website. See; http://www.semitour.com/lascaux-ii 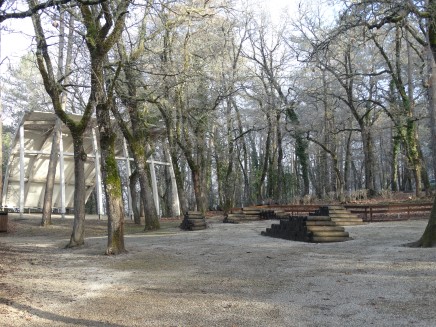 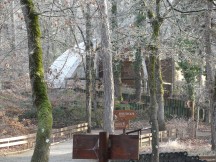 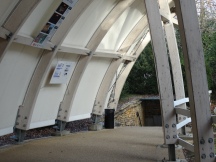 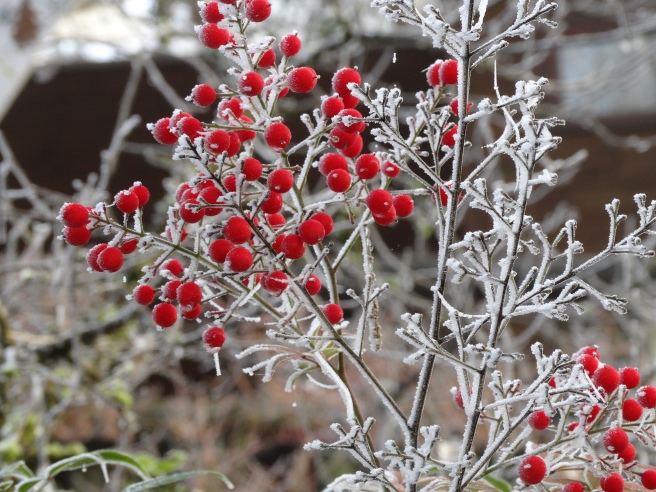 There is no problem with access. The visitors centre and caves are both on an even surface but there are steps down into the exhibit. There is a further museum displaying other prehistoric discoveries of the area and the remaining caves in replica at the village of Les Eyzies de Tayac-Sireuill.