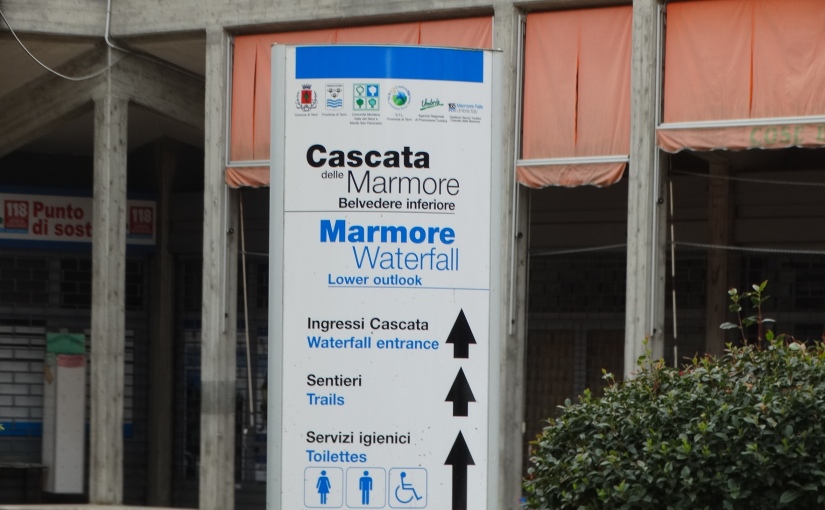 Once again, we bused down to Terni, this time getting out near the train station where we had arrived a few days earlier from Rome. We walked pasted the train station and a huge 12,000 ton press retired from service and positioned prominently to remind the residents of their industrial past. 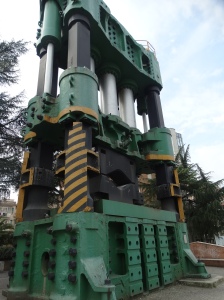 Around the corner, we found ourselves in the bus terminus of Terni. We boarded the bus to Marmore Falls and the driver dropped us at the ticket office rather than the bus stop (the ticket office is in a non – descript industrial looking building 200 metres from the entrance to the Falls park). Fortunately, Roberto had been there before so we found our way easily.

The falls are fed by the waters from Piediluco della Largo and have been dammed to give control over the flow of the water for the purpose of the hydro power station in the valley below the falls. A wide and sealed path follows the rim of the valley into which the water falls empty and when we arrived the falls appeared a mere trickle. 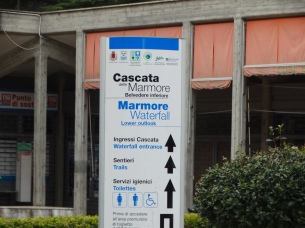 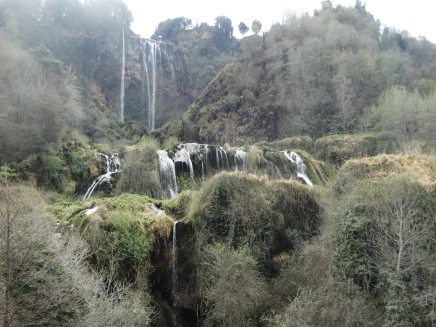 We followed one of the paths (the longer path to the top of the falls was closed for construction) to the point where the lower falls merged and spilled into the valley below the walkway. Just as in the Michelangelo painting on the Cysteine Chapel, Roberto receives the phone from she who must be obeyed to take a photo. 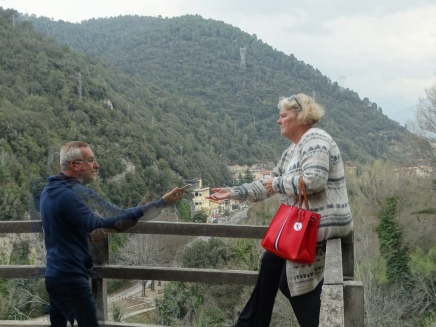 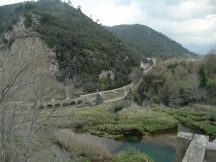 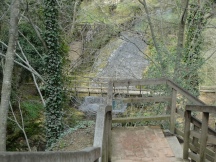 When we returned to the valley floor we found a mossy and wet valley floor chill with the hanging moisture in the air. 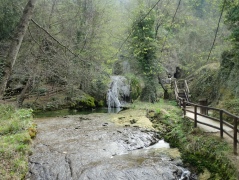 All that was to change at 12.00 o’clock when the flood gates were opened and fortunately we were back on the path having lunch at a canteen with views of the falls. Even sitting 50 metres from the valley rim, we could feel the mist from the bloated falls (bloated with water released from the lake).

The weir was closed about 1.00 pm and the Falls slowly returned to their slumber until 12 noon tomorrow. We walked back to the ticket office to catch the bus finding the stop was opposite the entry to the Falls park. Then whilst waiting for the bus we were obscured from the oncoming bus by a parked car (Italians believe parking is a right and leave their cars wherever they choose) and but for my excited flagging of the bus driver we would still be there.