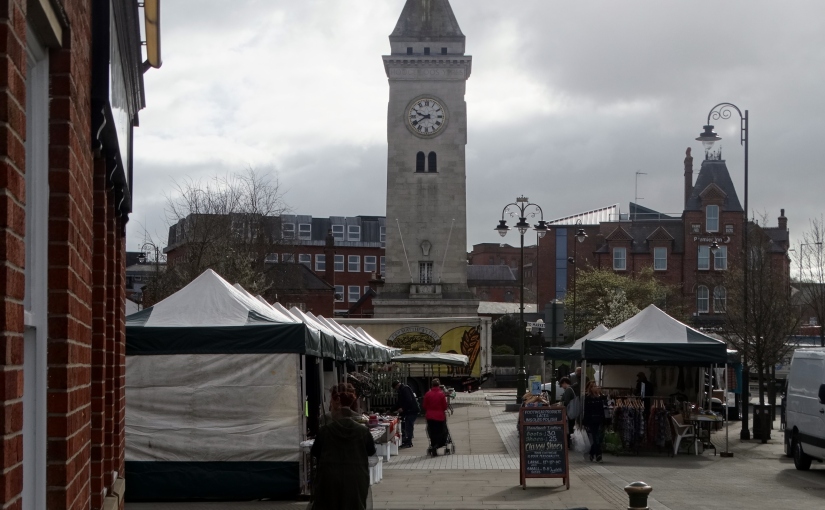 Wednesday, we will travel by car to Manchester to meet Martin and Chris who we met on our river trip from Cologne along the Rhine in Germany. The trip to Manchester would normally mean heading for Stoke on Trent then onto the M6 and a dreary drive fighting the traffic and road works so we decided we would head out through Derby and follow the rim of the Peak District around to Leek and then across to Warrington and Newton where we would meet them.

As usual the Peak District was beautiful and green. We stopped for morning tea at Leek another historic market town. The town square had some market vendors and a lovely cake shop where we stopped for coffee and a lolly shop for something to suck on whilst driving to Newton. As we left I noticed the Police station although I suspect the building has a different use today. 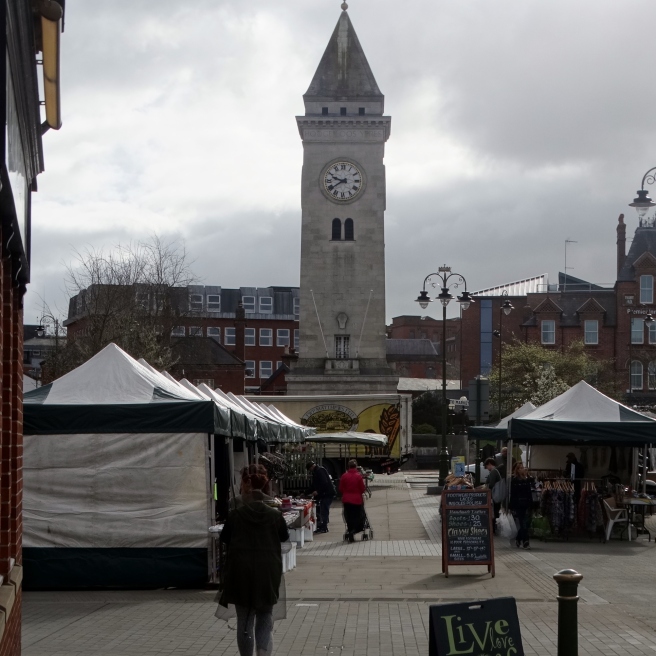 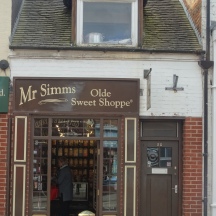 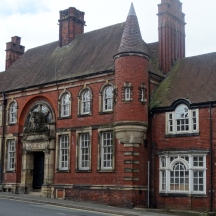 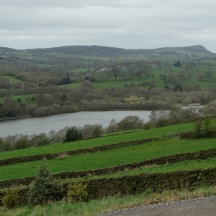 We met at a Toby Carvery which is a franchised pub built in an early 19th century style with a carvery buffet. Nice food and lashings of it. It was wonderful to catch up again but Martin has been “in the wars” falling 18 feet off a ladder although you wouldn’t know it to see him now. 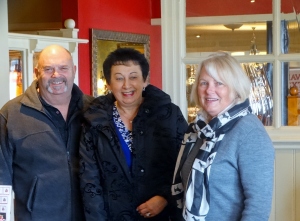 Thursday and our time in England has come to an end. Pack the suitcases and head for the M1 back to London Gatwick. The trick when travelling the motorways is to avoid major delays otherwise no matter how well prepared you maybe, delays can take hours to clear and planes will be missed. The M1 was free flowing until we stopped in Northamptonshire for morning tea. Unbeknown to us there had been a severe motor accident on the north bound lanes and when that occurs emergency vehicles will use the lanes on the opposite side of the highway to access the incident thereby stopping traffic in the opposite direction. We had planned for that eventuality and despite languishing somewhere between Northamptonshire and Hertfordshire on the M1 we made it to the dreaded M25. I say dreaded because delays will most often occur on the M25 just because of the volume of the traffic and as usual we had some minor delays. After all was said and done we arrived with time to spare to have lunch and prepare for the flight to Florence.