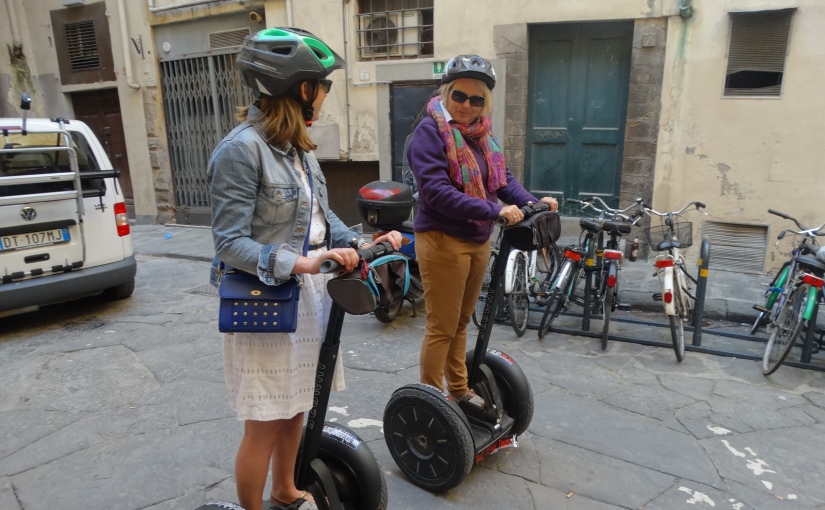 . The next morning, we were both anxious to get to our Segway tour. Ever since Prague we have been smitten with the Segway. Arriving early, we found the Gucci Museum in Piazza Signoria and it was closed. We had to walk past it to get to the Segway tour office. Three floors of Gucci was too much for me. So, we moved onto the office and we were redirected to a coffee shop as we were far too early. We went around to Piazza san Martino and the coffee shop there and found the Dante Museum, an old tower house (this is the style of the middle ages) and an interesting old church San Martino del Vescovo.

Back in the Renaissance, the poor could rely on the services of a lay charitable institution to help them with the essentials of life and death – being clothed, helped when sick, and buried when dead. This institution, was called the Confraternity of the Buonomini di San Martino; Buonomini literally translates as “good men”. In 1442, Fra Antonino Pierozzi (who later became Archbishop of Florence and a saint) recognized the need for a dignified way to help these people, who tried to “keep up appearances”. He chose 12 reliable men of the higher social classes who would identify those in need of help and discreetly offer assistance in whatever way was required. The group initially met at one of their houses, but eventually was given a room off the side of the church, which was decorated as their “oratory”. This confraternity is one of the very few remaining visible examples in Florence (another is the Misericordia, still today the city’s ambulance service). The painting in the niche shows San Martino (the patron Saint, Saint Martino of Tours) handing out alms to the poor and when the Buonomini found themselves in need of money, they light a candle above the door. The Italian expression “essere ridotti al lumicino” (literally to be reduced to the candle or stony broke) derived from this practice. In the same breath, we encountered this bicycle that had been badly parked and suffered the consequences.

The time had arrived and so had our guide Valentina and three English girls, novices at the Segway. After a few practice runs, we head off toward Republica and our guide starts explaining the different styles of architecture in the various churches and she selects a very ostentatious baroque style to start with. We weave in and out of the back streets listening to her stories over the radio each one of carried and always hearing the constant ringing of her bell telling cloth eared tourists to get out of the way. We come upon a brass boar a symbol of the city and she tells us to rub the snout for luck. Its lucky if you can get near it. 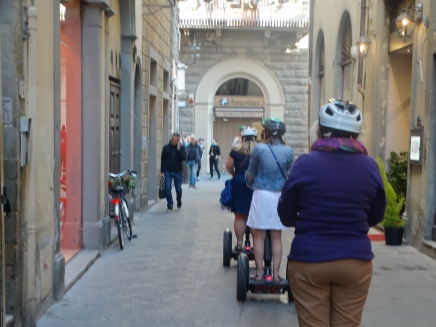 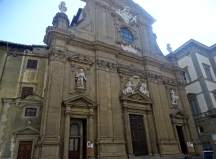 Next is Duomo, Bell Tower and Baptistry followed by two statues of architects and builder of the dome. On to Santa Croce and the statue of Dante, past the first Medici Palazzo onto the Basilica San Lorenzo, one of the largest churches of Florence, situated at the centre of the city’s main market district, and the burial place of all the principal members of the Medici family from Cosimo il Vecchio to Cosimo III. It was consecrated in 393AD and it stood outside the city walls. San Lorenzo was also the parish church of the Medici family. Our guide told us that the façade of the church was never finished as Michelangelo took 3 months selecting the marble and in that time the Medicis changed their mind.

We toured around for 3 hours stopping for a gelato and thoroughly enjoying the freedom of the Segway. Then we returned to the apartment put our feet up and rested until it was time for the Uffizi tour.