Leaving behind the ruins of Carsulae, we waited at the road for the bus to take us on to Portaria. After a short wait we boarded the bus travelling along the lonely country road towards Acquasparta and after 5minutes the bus took an abrupt turn right into a track towards the hills. Portaria is a part of the town of Acquasparta. It is located along the ancient byway of the Via Flaminia , between Carsulae and Spoleto on the  Martani mountains, overlooking a great view of the Naia river valley. We arrived around 1.00 pm looking for a spot of lunch. Just inside the city gate we found this medieval looking tavern serving delightful country food. We could not help but overindulge. 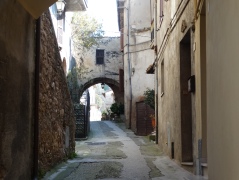 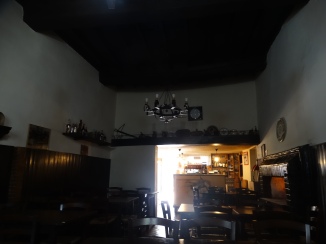 According to data from Istat census in 2001, there are 126 inhabitants, while the municipal website says about 425 residents.

The town appeared to have castle like walls with two different eras of construction as there appeared to be a second building period with another wall around both sets of buildings. So I did some research.

A document of 1093 shows the town known as Porcaria (pastures for pigs were evidently abundant), where two monasteries in the area are donated to ‘ Abbey of Montecassino, by a descendant of Count Arnulf. In August 1499 Lucrezia Borgia, with her army, stopped at Porcaria castle and was greeted by four commissioners and two hundred Spoleto infantrymen before taking possession of the governorate of Spoleto.

Following her marital annulment from Count Sforza in 1498, Lucrezia was married to the Neapolitan Alfonso of Aragon, the half-brother of Sancha of Aragon who was the wife of Lucrezia’s brother Gioffre Borgia. The marriage was a short one. They were married in 1498; Lucrezia—not her husband—was appointed governor of Spoleto in 1499, Raids of troops from Ternane and Tuderti forced the inhabitants to submit to the protection of Spoleto: the captain Bartolomeo d’Alviano  established a commissioner and an infantry garrison at Porcaria.

In 1540 the town was traded, along with Acquasparta, with the castle of Alviano with Pier Luigi Farnese : the new lord, Giovan Giacomo Cesi, who exploited the marriage to Isabella d’Alviano. In 1550 it was bought for 6,000 crowns from the Apostolic Camera. During the Spoleto Duchy of Lucrezia Borgia , it is said that she lived in one of the houses overlooking the piazza Verdi today.

A separate municipality until November 1875 when it was merged with Cesi then part of the province of Terni in 1929.

Again the village appeared asleep (and they probably were) and we walked the streets alone.The main piazza is dominated by this tower and clock and inside the residences all appeared to be in good condition (apart from some doors showing their ancient heritage) and small garden plots abounded. There was one active church and below the fresco some of those funeral reliefs from the Carsulae ruins were apparent. There is a rear gate and the exterior wall of the village sits on another wall equally as high. 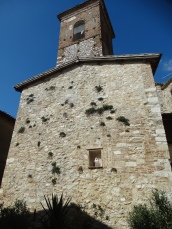 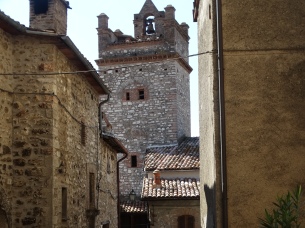 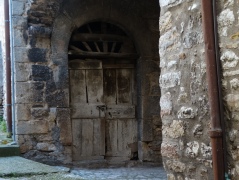 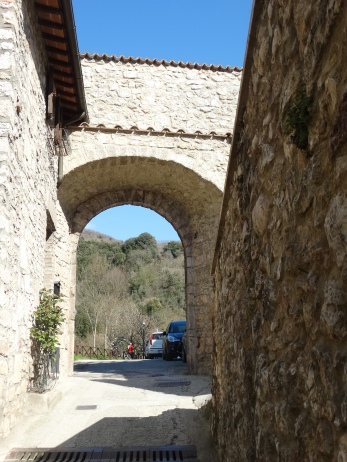 Returning to the entrance to the village we awaited our bus which duly came and transported us and a few other passengers to Acquasparta rail station, paused and then headed off on the return route to Cesi and Terni. 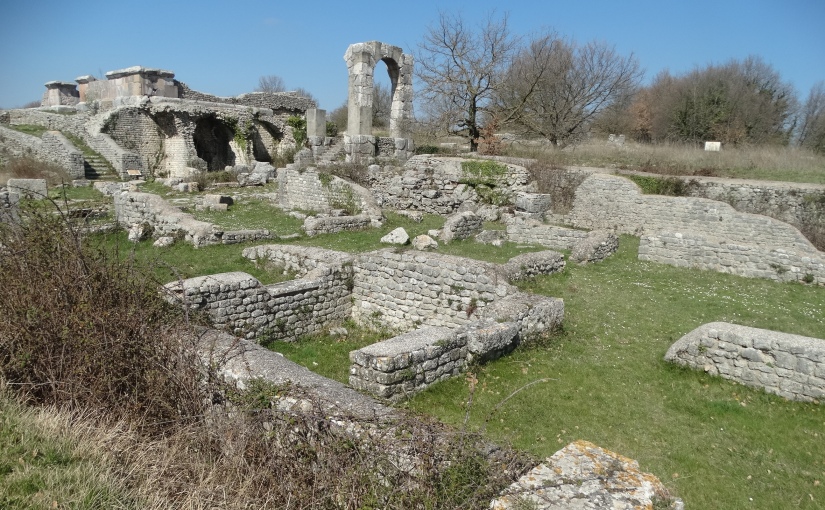 Carsulae is an archaeological site in Umbria, central Italy, now one of the most impressive archaeological ruins in Italy. It is located c. 4 kilometres (2.5 mi) north of San Gemini, a small comune in the province of Terni. Nearby is the comune of Montecastrilli (Montes Carsulis). The bus stops at the car park for the ruins which is on the opposite side of the road and until we stumbled onto the guide map we thought the ruins had been lost. It was like the ruins a ghost town with only one lonely car in it. We walked across the car park under the road and 300 metres later encountered the gatehouse and entrance.

Most historians fix the town’s official founding to about 300 BC. Carsulae’s growth into a major town only took place, however, with the building of the ancient Roman road, the via Flaminia, in 220-219 BC.

When the via Flaminia was built, its western branch proceeded north from Narni, sparking the development not only of Carsulae, but also of Bevagna. This branch of the road courses through a gently rolling upland plain at the foot of the Martani mountain range, an area that had been heavily populated since the middle of the Bronze Age. The eastern branch proceeded from Narni to Terni, north to Spoleto, then past Trevi and finally to Foligno, where it merged with the western branch.

In due course, during the age of Emperor Augustus, Carsulae became a Roman municipium. During his reign a number of major works were initiated, eventually including the amphitheater, most of the forum, and the marble-clad Arch of Trajan (now called the Arco di San Damiano). 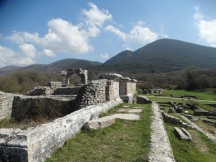 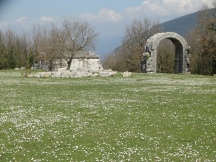 During its “golden age” Carsulae, supported by agricultural activity in the surrounding area, was prosperous and wealthy. Its bucolic setting, its large complex of mineralized thermal baths, theatres, temples and other public amenities, attracted wealthy and even middle class “tourists” from Rome.

However, while many of the other mentioned towns and cities on the two branches of the old Roman road continue to exist, nothing but ruins remains of Carsulae, which was abandoned, and once abandoned, never resettled. The only subsequent building that took place occurred in paleo-Christian times, about the 4th or 5th century, at the southerly entrance to Carsulae, where the church of San Damiano, still standing today, was built for a small community of nuns on the foundations of an earlier Roman building. 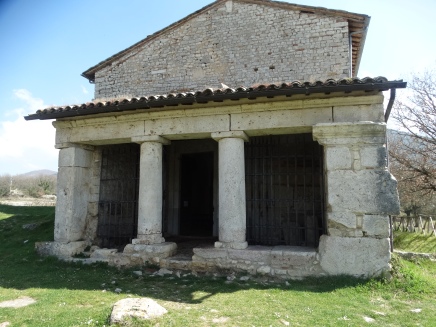 For centuries after it was deserted, Carsulae was used as a quarry for building materials transported to cities like Spoleto or Cesi, where Roman tombstones may be seen built into the church of S. Andrea (St Andrew), but otherwise, it was left alone. Consequently, archaeologists have been able to map the city with considerable detail.

No one knows the precise reasons why Carsulae was abandoned, but two that seem most plausible are first, that it was almost destroyed and the site made inhospitable by an earthquake, and second that it lost its importance and as a result became increasingly impoverished because most of the important north-south traffic used the faster east branch of the via Flaminia.

The modern entrance to the ruins is through a modern gatehouse museum and coffee shop. The museum displays some of the statuary, baths and sarcophagi from the ruins. Speaking of sarcophagi we discovered the ruins of a tomb and sarcophagus on the site. 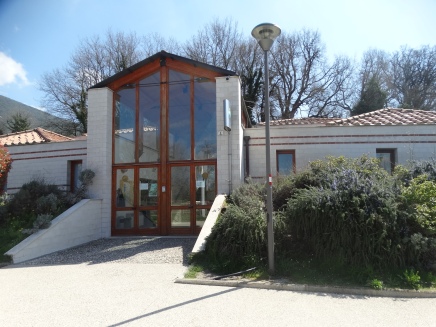 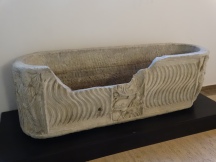